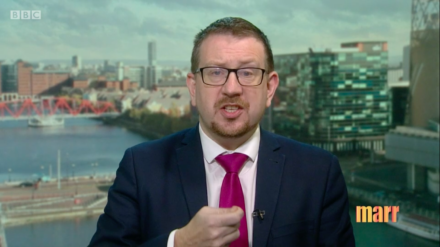 Andrew Gwynne confirmed reports that Labour will be ‘throwing the kitchen sink’ at the government before Christmas recess with urgent questions and debates in parliament, in an effort to force May to bring her deal to the Commons. Labour’s local government spokesman also revealed that a motion of no confidence in the government would only be tabled once May’s deal is put to parliament.

Will Labour table a no confidence motion in the govt?

Chuka Umunna, a prominent ‘people’s vote’ campaigner, admitted that not enough MPs back a fresh referendum, but said they would change their positions in due course. The backbench Labour MP warned the Prime Minister was “leaving our country in limbo” by deferring the vote on her Brexit deal, but also disagreed with Labour’s line that a better deal could be negotiated.

Chuka Umunna on #PeoplesVote: “Do we have the numbers right now? No we don’t”

Rebecca Long-Bailey said Labour shouldn’t table a motion of no confidence unless it is likely to win that vote, and emphasised that the party is pushing for a debate and vote on May’s deal before Christmas (although the government has confirmed it will not take place until January). The shadow frontbencher’s comments also suggested that she thought Brexit should happen and agreeing a deal was preferable to a fresh referendum.

‘No-deal #Brexit would not be catastrophic’ – Co-Chair of Labour Leave @KateHoeyMP says leaving the EU without a deal may not be bad for the UK – adding that we wouldn’t have to pay the £39bn #Ridge pic.twitter.com/O45RUdn2oS

Jonathan Ashworth told LabourList editor Sienna Rodgers that Labour’s alternative Brexit plan wouldn’t require a backstop thanks to a permanent customs union. He also said Labour was looking at how to rule out ‘no deal’, which would be a disaster for the NHS.