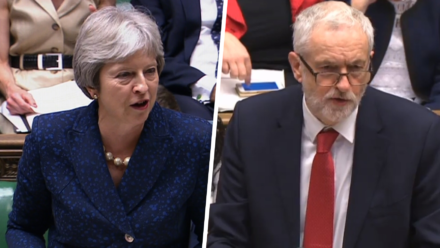 We’ve got a new Brexit vote date: 29th January. But there’s no sign of a new Brexit plan from Theresa May, who engaged in cross-party talks yesterday that appeared to be purely performative. Jeremy Corbyn did his best to get some movement going. As discussed in yesterday’s email, the opposition leader has decided to snub substantive Brexit talks until ‘no deal’ is ruled out. In his Hastings speech, he told the Prime Minister to “ditch the red lines and get serious about proposals for the future”. He followed that up with a letter that clarified his position: “Labour is open to meaningful discussions. But… these cannot be on the basis of your existing red lines.” Her response said ruling out ‘no deal’ was an “impossible condition”.

Was Corbyn’s boycott decision the right one? (This question isn’t hypothetical – you can tell us your view in our new survey.) The Labour MPs I spoke to were divided on the issue: some thought it was too nuanced and came across badly to the public (“we’re in primary colours now”); some agreed that the talks were pointless without that no-no-deal assurance (including Corbynsceptics such as Wes Streeting); others undecided (“we’ll see if it pays off”). Quite a few were irritated by Corbyn’s message to Labour MPs in which he urged them to refrain from government talks for now. Most did follow his lead. A few ignored the advice – John Mann, Yvette Cooper, Hillary Benn, Stephen Kinnock and other non-loyalists took a trip to the Cabinet Office – but, like other opposition party leaders, they seemed to find the government unhelpful and uncompromising.

With neither May nor Corbyn yet changing their Brexit position, we’re still at square one: how do we break the deadlock? Another referendum seems logical in some ways – admit our political class has failed, throw it back to the people – but it does risk killing off any idea that our elected representatives are competent enough to run the country, as well as presenting a whole host of other problems. Crucially, neither main party leaders want to do it and there is currently no parliamentary majority for it.

The Guardian today leads with a story that Corbyn would face up to a dozen frontbench resignations if he backed a fresh public vote. Emily Thornberry and Diane Abbott might be alright with it, but it’s easy to imagine that Ian Lavery, Barry Gardiner and Jon Trickett, as well as a host of Leave-seat junior shadow ministers including Gloria de Piero, wouldn’t be without protest. Of course, Corbynsceptics (such as Luke Akehurst) are not best pleased about how the story was written up – they say there will also be resignations if he refuses to support the move.

Like everything else with Brexit, there are no easy answers. Tricky, tricky. I’m very interested to hear what you make of it all. Was Corbyn’s call on Brexit talks this week the right one? What should be Labour’s top priority now? And who are your favourite shadow cabinet members? Tell us by completing our new survey. Have a great weekend.