Productivity in the UK continues to lag behind other European nations and a four-day week has long been touted as a way to increase both workplace productivity and workers’ wellbeing, all in one fell swoop. This has been trialled in a range of sectors to much success, and has recently been discussed more widely here in the UK and recently by many closely connected to the Labour Party.

Studies have shown that businesses willing to grant employees the freedom to work less can be the beneficiaries of a boom in productivity. At first this seems counterintuitive, but considering most UK workers level of job satisfaction, it starts to make sense. Employers willing to move to a four-day week, offering their employees increased workplace freedom, are likely to see dramatic increases in job satisfaction. The aim for many employers is to translate this into not only increased productivity but also higher levels of employee retention, resulting in workplaces keeping hold of valuable, experienced members of staff.

While the benefit a four-day week can have on employees is obvious, and its positive impact on employers clearly evidenced, it is perhaps its impact on the wider family that offers the most convincing argument to put the theory into practice. Many people in the UK already choose to work a shorter week. This is often linked with childcare needs, a parent giving up time at work to look after younger children or a need for wraparound care before and after school. However, some families cannot afford the financial hit associated with a shorter working week. This causes a reliance on wrap around school clubs, which are often oversubscribed and put under increasing strain with school funding cuts year on year.

Many families can then turn to other family members to help, often grandparents who are increasingly taking on childcare duties in retirement. Allowing for a more widespread four-day work week would therefore relieve pressure on both overstretched school budgets and older family members who are now taking on a range of caring responsibilities in their retirement. Relieving some of the pressure of a long working week would enable those of a working age to not only care for young dependents, but also to care for those elderly family members many have come to rely on so much in their later years.

The question of how to fund the care for the elderly is increasingly important, largely due to the pressures of an ageing population, and it raised its head during the last general election. This was an issue that arguably played a large part in Theresa May’s undoing early in 2018, when the ‘dementia tax’ proposal put forward by the Conservative Party prompted its election campaign to unravel. However, given the need to address the same problem, how could Labour take an alternate route?

The widespread adoption of a four-day week could dramatically change our approach to social care for the elderly and the role taken by individual family members. Giving family members the time and ability to assist in the care of older generations would relieve some of the pressure from local authorities and address increasing concerns of the effect loneliness can have on many isolated individuals.

Currently there are a range of ‘inventive’ solutions being mooted with the aim of solving some of the problems mentioned above. Many of these are unworkable solutions putting increased strain on other members of the community; examples include attempts to put pressure on Royal Mail employees, asking them to consider checking on elderly individuals on their rounds. Rather than ask more of people, why not consider allowing some to work less? It is vital that, with an increasingly older population and shrinking council budgets, we remove as many barriers to family participation as possible – especially if the removal of these barriers stands to benefit all involved.

Dr Chris Birchall works in the HE sector. 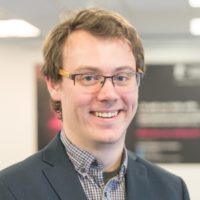