Last month, a sparsely populated room heard Sir Professor Simon Wessley launch the Mental Health Act Review in his role as the review’s chair. It was not just the small numbers in attendance for the launch but also its content that served as an underwhelming culmination of a process that started in May 2017. In a speech given to coincide with Mental Health Awareness Week, Theresa May promised to tackle the “burning injustice” of mental health problems, announcing a review of the Mental Health Act 1983 that she suggested would “rip up the 1983 Act and introduce in its place a new law which finally confronts… discrimination”. What has emerged from this process, however, is far from the ambitious root and branch reform for which many hoped following the initial announcement.

The Mental Health Act 1983 is the legislation that lays out processes and safeguards for detaining and treating people without their consent if they are believed to be a threat to their own or others’ health and safety. The most well-known aspect of the act is that of ‘sectioning’, which allows police officers to take people believed to be at risk to themselves or others to a ‘place of safety’. Against the backdrop of austerity and cuts to vital mental health services, these powers afforded under the act were kicking in sooner and sooner for people experiencing distress who found themselves no longer able to access timely care in the community. This is reflected in the number of people detained against their will for hospital treatment increasing by 40% between 2006 and 2016. Substantial racial disparities exist in the makeup of these detentions, with black patients four times more likely to be detained than white patients.

The changes now recommended to the government by the review are unlikely to change these disparities, however, given the limited scope of the act and the fact that those from BAME communities are already more likely to experience mental distress and face difficulties accessing culturally appropriate services. Responding to the review’s publication, shadow mental health minister Barbara Keeley was correct to draw attention to the chronic underfunding and hollowed out workforces of mental health services as exacerbating inequities facing BAME communities. A properly funded NHS and supported workforce will go some way to providing access to treatment that can reduce the need for the powers of the act to kick in.

But this response ignores that if we want to fully tackle injustice in society, we need to do so across all institutions that will replicate and reproduce the racial injustices of the society in which they exist. No mention was made of institutional racism at any point in the 223-page report, an issue to which far greater attention should be drawn. For example, laying out in legislation what anti-discriminatory practice should entail and mandating statutory bodies to be regularly inspected. This would insure training of professionals for mental health services includes issues of racial bias, which could go some way to addressing injustice in health care services.

Keeley’s response to the act is broadly representative of Labour’s approach to mental health services and treatment of late. It aligns with the core message of investing in the NHS so that patients can get access the treatment they need, and staff can deliver it at a quality expected. It focuses on material changes, and shies away from rights-based approaches to tackling injustice and delivering greater equality. Most worryingly, in this regard it is silent on one of the key promises in Labour’s 2017 manifesto: to fully implement the United Nations Convention on the Rights of People with Disabilities (UN CRPD) into law. If accepted in full by the government, all 150 recommendations from the review still fall short of the human rights set out in the convention.

The UN CRPD is an international human rights treaty intended to protect the rights and dignity of persons with disabilities (including psychosocial disabilities). As it relates to mental health treatment, full implementation could mean – among other changes – a radical departure from mental health treatment in its current form in the UK, such as an end to detentions. The key point in this is the word ‘could’: the convention does not provide concrete answers, but a series of questions to be grappled with in arguing for a rights-based approach to treatment. Most importantly, it emphasises the prioritisation of service user voices, unlike the review in which service users were just one among many stakeholders.

The promise of a future Labour government to incorporate UN CRPD into law contained such promise in one single sentence. Sadly, since then, successive shadow ministers for disability and mental health have failed to elaborate on what this might entail. Unless the Labour Party aligns its calls for material changes with rights-based approaches to equality and injustice and listens more broadly to the calls of service users, the title of its disability manifesto ‘Nothing about you without you’ will begin to ring hollow. 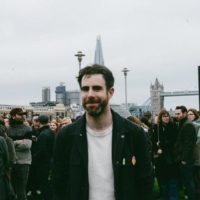 Nic Murray is a researcher and freelance journalist based in London.

View all articles by Nic Murray