January has been a milestone month for the SDLP, Labour’s sister party in Northern Ireland. On 18th January, the party celebrated the 82nd birthday of its former leader John Hume, the iconic civil rights campaigner who was the architect of the Good Friday Agreement. Less than a week later, at a press conference in Belfast, the SDLP leader Colum Eastwood took to the stage, alongside the leader of the Irish centre-right party Fianna Fáil, Micheál Martin, to announce a long-trailed ‘partnership’ between the two parties. Many believe this is the prelude to a merger and the entrance of Fianna Fáil into organised politics north of the border.

That a nominally centre-left party, with a social democratic tradition, history of involvement in the Party of European Socialists and legacy as the party of non-violent, constitutional nationalism in Northern Ireland is entering into such an arrangement might appear strange. The decision was heavily briefed for months, though negotiations between the two parties were often publicly denied. This merger becomes even more perplexing when one considers Fianna Fáil’s association with issues such as the crash of the Irish economy, widespread cronyism and the national housing crisis. And yet, here we are.

The SDLP, which continues to celebrate the civil rights movement and peace process, has failed to adapt to politics post-Good Friday Agreement. In recent years, the party has not changed its stance on issues such as equal marriage and abortion quick enough, or with sufficient conviction, to convince progressive voters. It has separated itself from both public opinion and the stance of its sister party, Labour, in the process. Electorally, the SDLP has found itself struggling against Sinn Féin, but has also ceded ground to unionist parties, with the Westminster seat of South Belfast lost to the DUP at the last general election. There is no denying that the last few years have been bruising. In response, the party has searched for new approaches and, it would seem, an agreement with Fianna Fáil has been selected as the way forward by the party leadership.

What then, does this mean for Labour parties on both sides of the Irish Sea? Irish Labour has already indicated a willingness to stand candidates in the North should the SDLP leave the scene. As Brendan Howlin has highlighted this week, a partnership with Fianna Fáil would see the SDLP take sides in Southern politics for the first time and question its long-standing Party of European Socialist membership. Yet Irish Labour is currently polling at just 4%, so a move to stand candidates is unlikely to be a game changer.

For the Labour Party in the UK, the SDLP-Fianna Fáil partnership will put a stop to one of the two long-term arguments against Labour standing candidates in Northern Ireland, namely that with a sister party that took the Labour whip standing, why should Labour run in Northern Irish elections? The second argument, that Labour can only be considered an honest broker in the North if it remains detached from everyday Northern politics, still stands. Although the Tories have breached the spirit of that convention through their pact with the DUP, Labour should not blindly ignore it. Equally, it is unimaginable that any party could stand candidates in Northern Ireland without a position on the constitutional question. Does Labour, especially given its current amorphous position on Brexit, have one?

There is a sizeable progressive vote in Northern Ireland, a vote that the SDLP has consistently failed to significantly engage with. It might be fertile ground for Labour. Witnesses to the grassroots campaigns for equal marriage and abortion in the North can attest to the diverse and well-organised range of progressive voices currently active. Anyone calling for a sudden presence of Labour candidates should take stock of this and be prepared to take a lead from progressive voices in the North itself.

Patch Thompson is a Labour member and SDLP youth exec member writing in a personal capacity. 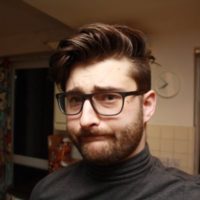 Patch Thompson is a Labour member in Northern Ireland.

View all articles by Patch Thompson