On Saturday 19th January, a group of Labour Party members met to officially launch Labour Against Racism and Fascism (LARAF). The meeting, held in an East London community hall just a few hundred yards from Cable Street, was made up of a diverse group of nearly 100 trade unionists, CLP representatives and a number of councillors.

The Labour Party has previously outsourced its anti-racist activity by supporting other movements in their fight against racism and fascism. It is now time for Labour to take a far more proactive role, and use its 500,000 members to build an extra-parliamentary, anti-fascist, anti-racist movement. The far right is now a fully realised global network – from Trump in the White House and Bolsonaro in Brazil to similar sentiments reflected by politicians both here and in Europe. They have always had more money, as shown by Steve Bannon’s (albeit failed) attempt at funding neo-Nazi parties across Europe. Yet the left’s historic power has always been in its people.

We now have an explicit grassroots movement within our party to fight against racism and fascism. Labour has over half a million members but we recognise that much more needs to be done to empower Constituency Labour Parties (CLPs) to mobilise against the likes of Tommy Robinson and UKIP, the racist DFLA and the global far right, and to help build a cogent mass movement capable of countering their hateful narratives, both on the streets and online. In this effort we will build upon LARAF’s newly-formed relationships within both the feminist and the broad anti-fascist movement that culminated in last month’s ‘Say No To Fortress Britain’ demonstration.

Elections were held to fill the 10 positions that were agreed upon by the interim steering group, and those filling the new roles will carry out the day-to-day operations of the organisation. This activity involves building our campaign by reaching out to CLPs outside London, hosting political education events, supporting campaigns to stop deportations and end the Home Office’s presence in our local authorities, working with groups fighting the far-right and helping to influence Labour’s policy agenda.

The new committee has two main tasks. First, it must mobilise against the immediate threat posed by the far right. Fascism is alive in this country. Those who attack people based on the colour of their skin and who demonise migrants and Muslims have been emboldened by a hate-filled media rhetoric, and by merchants of division like Nigel Farage, the Tory government and politicians of all stripes who seek to weaponise immigration and racist dog-whistling for their own narrow political gain. Second, we must work to dismantle the structural racism that permeates our society. Black Caribbean students are three times more likely to be excluded from school and 53% of BAME teachers face racist verbal abuse at work, to provide just a couple of examples of ingrained discrimination.

We believe LARAF also has the potential to influence policy initiatives, like the National Education Service. We can ensure that under a future Labour government led by Jeremy Corbyn, our national curriculum tackles historical and systemic racism. Through decolonising the national curriculum, and by teaching the history of the British Empire from the viewpoint of all the subjects of British colonialism and imperialism, we can begin the process of ending institutional racism and building a compassionate society based on common understanding and solidarity.

Together, by creating a coherent movement driven by socialist values, LARAF can become a strong voice in the fightback against the conditions that allow fascism to fester. It is now urgent for the left to build a broad movement that explicitly counteracts the narrative of scapegoating migrants, women, disabled people and our Muslim, Jewish, LGBTQI+ and working class communities. The division isn’t between our marginalised communities, it is between the ruling class and the rest.

We have a big task ahead as the far right has already mobilised within our towns and cities. So, if you want to get more involved with LARAF and offer your skills to help build the anti-fascist majority, please get in touch and join our mailing list. Remember comrades, “the enemy doesn’t arrive by boat – he arrives by limousine”. Only by reclaiming the streets, hearts and minds can we defeat him and all those who follow behind.

Natasha Josette and Artin Giles are members of the new LARAF committee. 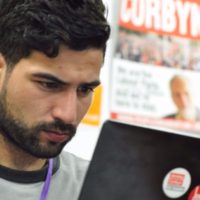 View all articles by Artin Giles 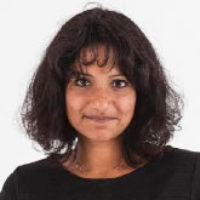 View all articles by Natasha Josette