Across Europe, authoritarian forces are on the move. Here, the government drifts towards a no-deal Brexit as poverty is surging, social mobility collapses and austerity overwhelms our public services. We need new radical solutions to our broken public policy.

One place to challenge these forces and build new approaches to inclusive growth, public ownership and democratic renewal should be local government. Yet it has suffered more than any other part of the public sector over the last eight years. Funding has roughly halved, with direct central government support falling from £7.2bn in 2016-17 to £2.3bn in 2019-20. Despite all our talk of devolution, the UK remains one of the most centralised states in Europe.

The present government is paralysed by factionalism and consumed by Brexit. But up and down the country, progressive leaders are in power. We have, quite rightly, heard much about the so-called ‘Preston Model’, especially regarding the role of procurement and new forms of ownership. But other councils are also test-driving radical, innovative ideas regardless of the pressures of demand and austerity.

Take the London Borough of Barking and Dagenham. By 2020 it will have roughly half the money to spend on services that it did in 2010. Still, quietly and following a decade fighting the British National Party, it is building a new kind of council, responding to austerity and rethinking its links within the community. It is part of what it calls the New East New Thinking, developed with local stakeholders over the course of the last year, offering insights and local solutions that may also help build a vision for a Britain currently lost in the haze of Brexit’s false dawn.

The borough is London’s growth opportunity, with the potential to deliver over 50,000 new homes and 20,000 skilled jobs over the next 20 years. Yet we have no intention of following the well-trodden path towards gentrification at the expense of the resident working-class community. We remain one of the most deprived areas of the country, and realistic about – amongst other things – our high-levels of in-work poverty and the poor health of many residents. We must confront these harsh realities.

The task is to pursue growth and regeneration that is truly inclusive; build a new kind of council with a focus on people over process and foster a new approach to citizenship that is rooted in civic duty, inclusion and a balance between rights and responsibilities. A distinct political model anchored firmly within Labour’s civic socialist history is taking shape, built around three pillars of public policy.

The first concerns a renewed economic strategy. Amongst many initiatives, we have:

These innovations seek to apply Labour frontbench ideas regarding new forms of economic ownership. Despite the challenges we face in terms of austerity and relative poverty, we have more in-house companies running local services than anywhere else in London and possibly the UK, with the potential to change the way public services are delivered.

The second concerns these public services. The strategy is to move beyond our historic legacy of bureaucratic, paternalistic and siloed provision to build integrated services that prevent acute demand by working across all residents’ needs. We have created Community Solutions, which integrates 16 services from social care to homelessness, community safety to drug and alcohol services. This sits alongside our new form of council-owned company. These companies protect thousands of jobs and intervene in failing private markets, and will generate much-needed revenues and move beyond out-of-date conceptions of the public-private split.

The final pillar seeks to foster a more empowering citizen-state relationship. One based on a shared understanding of citizenship that is framed around rights and responsibilities, productive participation and cultural inclusion. All in the fastest changing community in the country.

We now have the country’s largest ever community participation programme in the form of Every One Every Day to build new social bridges and bonds within the local community and forge a new politics of identity and belonging. It is something that has caught the eye of others who are asking: ‘Could this local experiment be the start of a national transformation?’

All of this will form part of a new Citizens Alliance Network. The idea is to forge a new approach – a new politics of belonging. In partnership with the Participatory City Foundation, we are building a unique five-year project to bridge communities through building literally hundreds of new collaborative community initiatives and businesses to ensure people can live and prosper together. These include new arrivals programmes, community cooking and food exchange, new landscaping, sports  and arts projects alongside coding and computing workshops, after-school clubs, play and learning centres alongside scores of other initiatives to link communities – all under the umbrella of a new Participatory City.

The council also runs an annual Summer of Festivals programme to promote social cohesion through common cultural celebrations. We hold 10 events across the year in which we have an ongoing conversation with all our communities, as well as having some fun. We recently co-produced a community vision with over 3,000 local residents that has become the Borough Manifesto. In fact, we have conducted more consultations in the last four years than in the last 40.

At the heart of this vision is a belief in the community agreeing our priorities; the council facilitating and championing the community; and the vision being invested in by our partners, whether from the private or voluntary sector. It’s no coincidence that the Summer of Festivals happens as a result of this combination.

This emerging model of civic socialism intersects with a strong set of underlying values. All work undertaken by the council and its partners is informed by the following values:

Overall this combination of underlying values and policy innovation is our contribution to an emerging civic socialism. At the same time, this local model cannot stand still. We need to radically evolve our way of thinking and ask tough questions. These include, for example, how to:

Today Labour is in power across the country. We need to use that power to create political energy and test new, progressive models of public policy and renew our radical civic traditions. Pluralism is key. There are alternative types of local economic ownership and forms of citizenship. One size never fits all. Let’s compare new types of radical thinking – the emerging tailored civic socialist initiatives in, say, Preston, or Nottingham, or the New East new thinking of Barking and Dagenham to share what we are learning and demonstrate that Labour can offer radical hope in these difficult times. 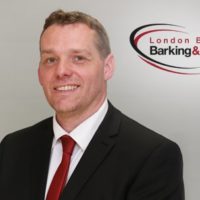