It has been said that Labour’s electoral coalition stretches between places like Hull and Hampstead – a description that captures our party’s ability to unite seemingly disparate parts of the country through a shared belief in building a fairer society. In recent decades, this coalition has come under increasing strain. We are gaining support among younger, liberal voters based in cities and the south, but losing ground with older and working-class voters in what used to be our heartlands.

The path to a general election victory is therefore increasingly complex. If Labour hopes to govern once again, we must overturn substantial majorities in diverse parts of the country, while retaining as many of our current seats as possible. We can only do this if we understand who our prospective voters are – and more importantly, how we bring them together.

Over the last year, Labour Together has looked at polling, research, and has spoken to voters and activists. Here are four challenges we are likely to face in building and strengthening our electoral coalition.

1. Keeping new Labour voters on board

The number of new voters who turned out to vote Labour in 2017 was a real success for the party. This was the case particularly in areas where we have encountered difficulties over the years: YouGov data suggests there were more previous non-voters than the national average in southern seats won in 2017. The same is true in seats we narrowly lost, like Southampton Itchen and Thurrock, which suggests we succeeded in inspiring people who previously were not inclined to vote.

We were also particularly successful in increasing our share among graduates, people in cities, middle-earners aged between 30 and 40, BAME and young voters, and Green and Lib Dem switchers (none of which are mutually exclusive).

While we should be proud of the inroads we made, we need to ask if this trend is sustainable. Our success in places such as Canterbury raises the prospect of new electoral avenues in university towns like Bournemouth, or regaining seats in Plymouth and Reading – but there are too few of these areas to get Jeremy Corbyn into Number 10.

Perhaps the most pressing question is whether these voters will stick with us. Those voting in protest at the Tories’ handling of Brexit are unlikely to remain loyal if we are later seen to facilitate the UK leaving the EU – particularly if the Lib Dems become a credible alternative.

Voters – particularly younger ones – are also becoming less attached to particular parties. Only 30% of Gen X and 20% of Gen Y voters identify with a party, compared to 60% of the pre-war generation. This creates the potential for greater political volatility and party switching in future elections.

We need to think carefully about why these new Labour voters came to us in 2017, and what we can do to maintain their support. Without them, we risk seeing our gains reversed.

Labour’s loss of traditional working-class and older voters is long-standing and gathered pace at the last general election, although masked by the support we gained from other parts of the electorate.

In 2015, UKIP won 12% of the vote, and as Matthew Goodwin discusses in Revolt On the Right, many of these were former Labour voters. In 2017, although UKIP’s vote plummeted, six in 10 of their 2015 voters moved across to the Conservatives, who won 37% of the vote amongst people on incomes of less than £20,000: only 6% less than Labour.

In the 1990s, Labour won the lion’s share of the working-class vote. Today, the two main parties are at parity with the voters that Labour came into existence to serve. This shift can be seen in the Potteries, where the Stoke seats that once delivered big Labour majorities have trended towards the Conservatives as Stoke-on-Trent South was lost in 2017 and Stoke Central saw a sharply rising Conservative vote.

We must also contend with our big loss of support amongst voters over 65, as the Tory performance with this demographic continued to improve in 2017. We are now more than 30% behind the Conservatives amongst this group, a trend that has worsened since we lost power in 2010.

The rise in our overall vote is masking major changes in alignment amongst the electorate. While we mobilised some groups in 2017, like young people, we saw an acceleration of the loss of traditional working-class and older voters – a trend that narrows our path to victory.

In 2015, David Cameron reportedly knew his party would win a majority when the result was called for Nuneaton – a classic bellwether seat. Similar seats, like Gloucester, Loughborough and Great Yarmouth used to be Labour territory – but remain thousands of votes out of reach. If we want to make ground there, we need a stronger offer for ‘just about managing’ voters, the “C1/C2” social band that makes up a large part of the electorate in these seats.

The reasons for our middling performance with these voters were highlighted in 2016 focus groups ran by Ian Warren and James Morris in Nuneaton. Participants made clear that they valued economic credibility, as well as notions of hard work and fairness, but did not consider Labour to have a compelling message on these fronts.

Although this research was conducted before the 2017 general election, the Conservatives’ strong performance then shows we are not making the necessary progress: support for the Tories increased most among C1 voters, while they led among C2 voters by 47%  to 40% of C2 (up from 30% in 2010).

There is no reason why this should be the case. James Frayne’s 2015 work on these crucial voters show that they place great value on Labour priorities: protecting the NHS, funding our schools, policing and safe communities, as well as decent, stable jobs.

Labour has an open opportunity here. The evidence suggests these groups have an appetite for change, but they want to hear a clearer, more relevant Labour message.

In 2017, our small boost north of the border gave hope that a Scottish Labour revival is on the cards. Yet such optimism may be premature: the swing to Labour was only 2.8% – a mere 9,860 more votes than our 2015 wipe-out – and we were aided by low SNP turnout, which can’t be guaranteed next time.

If we are to make progress in Scotland, we face the double challenge of winning over former Labour voters who have switched to the SNP and Tories, and are diametrically opposed on the question of Scottish independence.

Squaring this circle won’t be easy. Few of those who have switched to the SNP have forgiven us for our role in the Better Together campaign, and don’t believe we have Scotland’s interests at heart. Regaining their confidence will be highly challenging, especially when the SNP has – undeservedly – assumed the mantle of delivering social justice. We need to convince these voters that Labour is genuinely capable of delivering a radical and transformative programme that would better serve the people of Scotland.

Those who have turned to the Tories simply don’t trust us when it comes to defending the union, and winning this group back is imperative if we are to make ground in Scotland. Between 2015 and 2017, we lost one in four Scottish Labour voters to the Conservatives. This cost us in seats we could have won, like Glasgow East, Glasgow South West and Inverclyde – all of which saw a notable increase in the Tory vote share.

These voters perceive us to be looking two ways on the pivotal issue of independence. Forging a clearer position may cost us support on one side of the debate, but it is a necessity if we want to win key marginals – and secure an overall parliamentary majority.

It would be easy to conclude that uniting these voters isn’t possible. They are separated by age, class and geography, and have seemingly irreconcilable views on issues from Brexit to Scottish independence. But to do so would mean conceding future Labour victories.

Without bringing these voters together, there is no clear path to a general election majority. We know from the past that such a task is not impossible. Beneath the factors pulling these voters apart, they share commonalities.

Thinkers like Claire Ainsley have begun to identify these, particularly among the UK’s ‘new working-class’. Economic insecurity will be a lived experience for people in Mansfield, Nuneaton and Tottenham; an idea expressed in Corbyn’s recent speech on Brexit in Wakefield. We know that many of these voters also share our key priorities, from the NHS to education.

The question is how we can craft our agenda so that it more effectively unites these voters around these these shared concerns. This could be achieved by gaining values-based understandings of the electorate, reaching out,= and listening to how and why people do or do not vote Labour.

These are just some of the challenges we must reckon with if we are serious about building a broader and more diverse coalition of voters. Only by doing so can we maximise our odds of winning future general elections – and with it, the chance to change Britain for the better. 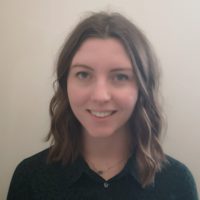 Rosy Roche is a parliamentary assistant to a Labour MP.

View all articles by Rosy Roche 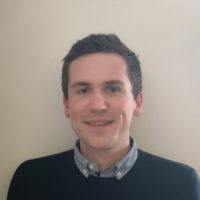 Scott Dickson is a senior parliamentary assistant to a Labour MP.

View all articles by Scott Dickson