There are now 70 million people around the world who find work through digital platforms. In the UK, we have tended to think of work as something that happens in a particular place, at particular times, on a particular schedule. However, the rise of digital work platforms is helping to bring into being a much more uncertain and precarious future of work.

Platform work is organised into two primary types. The first type is tethered to a particular location. This could mean delivering food, driving passengers or cleaning a house. In all of these cases, customers need workers to physically be in particular places to ensure hot pizzas, on-time taxis, and clean homes. A platform company mediates that relationship between customers and workers through a website or an app, and legally engages with the workers as so-called “self-employed independent contractors” rather than employees.

The second type is work that can be completed remotely. This may mean freelancers completing work remotely on their computer, with tasks distributed across the world. It also involves new kinds of “microwork”, in which workers complete short digital tasks. A common job here is the tagging of images for machine learning systems that will ultimately be used in products like autonomous vehicles. Workers are therefore training the machines that will ultimately take their jobs. Work can be completed from anywhere, which means fierce global competition. The world’s three billion internet users are competing in what has become a planetary labour market.

We have been interviewing platform workers across the world, trying to understand the experiences and impacts of these two kinds of platform work. In high-income countries, platform work tends to be compared to relatively secure jobs that are often protected by regulation and trade unions. As such, it experienced by many as a degradation of existing norms and conditions of work. But in low- and middle-income countries, many workers come from the informal sector, perhaps without having ever had secure work. However, for both, the outcomes are ultimately similar: low paid, precarious, almost no agency, and with little opportunity for worker voice or collective bargaining.

Despite the increasing evidence of negative outcomes from the work, it does offer the flexibility that so many workers are looking for – or at least the promise of it. As such, many workers truly value this new way of organising work. The challenge is therefore how this work can be improved for, and by, the workers on these platforms.

There are major challenges for platform workers who attempt to collectively organise for better conditions. The dispersed nature of the jobs – whether spread over the city, or even over the planet – makes it harder for workers to come together. And the jobs themselves often fall under the radar of existing regulation. Many existing trade unions are either not interested, or do not know how to support these workers (with a few notable exceptions like the IWGB). There have been strikes by platform workers in many countries, but few tangible victories for workers. Most platform workers therefore still have little choice but to take the low wages and poor working conditions offered to them by platforms.

In response to the relatively lack of regulation and the nascent stage of worker organisation, we have developed the Fairwork Foundation: a project, based at the University of Oxford, that rates platforms against criteria for “fair work” that have been co-developed with workers and platforms. From 2019, we will be producing yearly league tables of platforms in India, South Africa, Germany and the UK.

By highlighting best and worst practices in the sector against a transparent rating system that evaluates fair working conditions, we aim to provide incentives and disincentives that should nudge platforms towards less exploitative business models. As the platform model infiltrates into ever more professions and ever more sectors of the economy, it is important to set core standards that work should never fall beneath. We think that the research being done by the Fairwork Foundation can help to build a fairer future, and one that begins at work. 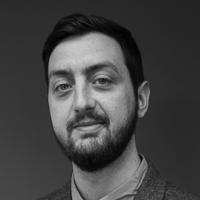 Dr Jamie Woodcock is a sociologist of work based at the Oxford Internet Institute. He is currently involved in the Fairwork Foundation, a project about online labour platforms. 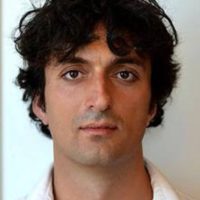 Professor Mark Graham is the professor of internet geography at the Oxford Internet Institute and a faculty fellow at the Alan Turing Institute.