Albert Einstein once professed: “If I had an hour to solve a problem, I’d spend fifty-five minutes thinking about the problem and five minutes thinking about solutions.” Because the quality of the solution is in direct proportion to the quality of the description of the problem one is trying to solve. In other words, the problem is to know what the problem is. It is this existential reasoning that consumed the first few weeks and months of my election to represent my home ward of Stonebridge at the local elections last May.

Birthed out of a noteworthy bridge of stone over the Brent River in the early 1700s, Stonebridge has vehemently resisted gentrification since its inception. It is the most deprived out of twenty-one Brent Council wards. Stonebridge has the highest proportion of residents with poor health outcomes, the lowest income levels, and continues, year on year, generation after generation, to have the highest levels of economic deprivation in Brent. We are ranked amongst the highest in the country for the number of adults receiving out of work benefits and family income is below 60% of the median income.

The problem, at least in my mind, was crystal clear. I certainly knew from the moment I was elected – even as a candidate working the doorstep in between breastfeeding and nursery pick-ups and drop-offs – that the only way to effectively deliver for Stonebridge was to employ the very community organising principles that I had acquired whilst working for Citizens UK, the home of community organising in the UK. It is here that I really learned how to do politics, which I see as the development of community leadership to identify issues and build teams that hold elected members to account. Despite having spent many years organising in Islington and holding their councillors to account, the shoes were well and truly on the other foot – and I welcomed it.

I was desperate to organise and relished the thought of being organised. My colleagues and I launched a listening campaign, both on the doorstep and by visiting key civil society institutions in our ward. We organised residents’ meetings, where we launched our ‘Street Champion’ initiative in front of a full room on a cold September evening. The solution, it seems, was staring us in the face: the most effective way to tackle some of the issues facing our ward was to increase civic participation. Ensuring there was an active resident on every street, whose sole responsibility it was to speak to their neighbours (conduct 1-2-1s), made identifying local campaigns for us to tackle at council level easier.

This deployment of democratic rights has ensured that we are able to deliver on issues that matter to our residents. And the results are tangible: increased turnout at public meetings and consultations, swift responses from council officers on environmental issues such as parking, potholes and pavements. Litter is the bane of our existence. Yet resident-led campaigns have led to the removal of major fly-tips, overgrown weeds and shrubs on key estates, working with housing associations to deliver fast and appropriate repair work to social properties, as well as resident-led petitions on improved parking solutions on their street. 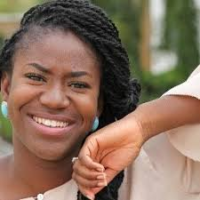 Promise Knight is a councillor for Stonebridge ward in Brent.

View all articles by Promise Knight