Over the last decade, many national governments have looked trapped. One factor was the austerity that followed the financial crisis, giving them much less room for manoeuvre. Another was the knock-on effect of fuelling political conflicts and fragmenting coalitions, which also sharply reduced their ability to act strategically or to innovate.

But that isn’t so true of cities. All over the world, cities are more confident than ever. Many have strong tax bases and dynamic cultures of innovation that the best mayors tap into. Demographic shifts are shoring up a progressive political base that increasingly contrasts with the rest of their countries – something very visible in cities like Milan, New York, Montreal, Madrid and London. If we want to see a progressive future, cities are the obvious place we should be looking. Here are a few areas where they are blazing new trails.

First, democracy. Some cities have now jumped well beyond the old debates of choosing between representative and direct democracy. Instead, they are experimenting with platforms that encourage more citizen engagement in decisions, wherever possible using methods that encourage deliberation and debate rather than just ‘yes’ or ‘no’ votes. Reykjavik, Barcelona and Madrid have been at the forefront under progressive mayors – the latter now going even further with what they call ‘Crowd Law’.

Paris and Madrid have each allocated €100m to fund ideas proposed and voted on by citizens (including €10m for schoolchildren), while 90 cities globally now use the Consul platform (though sadly none in the UK). These tools are better designed for deciding on issues like public spaces than monetary policy, and they’re particularly useful for giving people a direct say over how their neighbourhood is run. But at least they show a positive future for democracy, which is more badly needed now than ever.

Another field is data and digital. Some smart city projects are spurious. But many cities are doing fantastic work, for example using data in new ways through offices of data analytics to address problems like household debt, modern slavery or fire prevention. Greg Fischer in Louisville is one of many trailblazers. Others are offering an alternative to commercialisation of personal data, as Amsterdam and Barcelona are doing this year with the DECODE project, which puts citizens in control of their data.

Strong green movements in many cities have pushed them to the forefront of the circular economy. Cities are the main producers of carbon emissions and waste, but they are also pioneering the alternatives, showing what it means to create low carbon neighbourhoods, to promote cycling and walking as alternatives to cars and community energy. Helsinki is experimenting with ‘smart clean’ technologies; Copenhagen, long a pioneer, now promotes local food sourcing; Stockholm aims to end reliance on fossil fuels; while hundreds of US cities have committed to the Paris agreement in defiance of their national government.

Housing is another space for innovation, in some places to support residents increasingly displaced by tourists or Airbnb. There’s also lots of experiments with ultra-cheap homes using shipping containers (Vancouver and London) or Tiny Homes (Oakland) or modular housing at scale such as Factory OS (San Francisco).

Some of the boldest recent projects have reimagined public culture. Medellin is a standout example famous for situating its big public library in the middle of a slum to transform the psychological geography of the city. Like Bogota, the Colombian city is backing dozens of imaginative schemes to change everyday behaviours – and drastically reduce its once sky-high murder rate.

Finally, some cities are very consciously presenting themselves as living labs and testbeds. This is visible in city states like Singapore and Dubai running experiments in the Internet of things or drones, driverless cars or blockchain and using the new tools of ‘anticipatory regulation’. But similar ideas are also now being taken up by cities in Europe and North America, which can see the value of being at the forefront of the Fourth Industrial Revolution.

The pace of innovation is accelerating in part because cities regularly share and learn from each other. Our hope in the UK was that mayors would become champions of this kind of innovation (and Nesta’s Creative Councils programme earlier in this decade was adopted by Bloomberg and turned into the far larger Mayor’s Challenge programme). So far, though, our mayors haven’t yet taken on the status of figures like Ada Colau in Barcelona or Won Soon Park in South Korea – leaders with high national profiles who, like their counterparts in Athens or Lisbon, have embraced social innovation as a powerful political tool.

The English mayors have not yet emulated the historical influence of Birmingham or the London County Council (or indeed Ken Livingstone’s GLC). This is partly due to austerity and the savage cuts inflicted on local government since 2010. But another reason may be political timidity. This is a shame: as national politics gets ever more stuck in its own swamps, we desperately need cities to innovate. 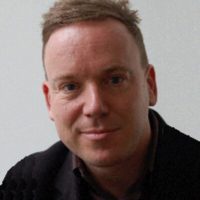 Geoff Mulgan has been chief executive of innovation foundation Nesta since 2011.

View all articles by Geoff Mulgan