The UK stands at a critical moment in its history. The breakdown of the neoliberal consensus offers the possibility of a radically new political settlement based on social, environmental and economic justice. Meanwhile, a resurgent far right in the UK and across the world is offering a very different political alternative based on racist nationalism and scapegoating migrants. The stakes are high, and the responsibility on the Labour movement is enormous.

We need to build a new political hegemony, rooted in people’s everyday experiences and able to outlast any one politician or parliamentary term. Popular political education is crucial to achieving this longer-term shift.

The broad movement around Jeremy Corbyn and the Labour Party is united by a strong opposition to austerity, neoliberalism and the Conservatives, but we need a deeper shared analysis that can guide activity across our movement. When Labour takes power, it will face a great deal of resistance from all sectors of the establishment – the press, the civil service, the security services and business elites. That resistance can only be overcome by an organised, politically-conscious socialist movement with a thorough understanding of the problems facing us.

To bring about the change people need, it is vital that a Labour government is backed up by thousands of politically conscious activists. They will form the backbone of a movement that is not only capable of sustaining a Labour government but also ensuring it remains true to its principles and radical credentials, as proved necessary with the recent immigration bill. In lieu of a supportive media, only a well-informed and confident grassroots active in communities across the UK can provide an antidote to fake news and demoralisation.

These activists will be able to maintain energy outside of election periods and take a lead in communities while the parliamentary party is tied up with the tasks of government. Under New Labour, attention shifted from the grassroots to elite quangos and think tanks, but the grassroots needs to become a driving force behind innovative policy once again and set the direction for the party.

In 1974, a group of Bristol-based aircraft workers wrote a widely-read pamphlet titled A New Approach to Public Ownership. Hundreds of pamphlets such as these circulated around the grassroots of the Labour Party during this period; part of a lively and wide-ranging intellectual culture. Historically, institutions such as Labour clubs, the Workers’ Education Association, women’s consciousness raising groups, as well as trade unions and the Labour Party itself, have been central sites for working class self-education, leading to the development and popularisation of radical politics. But decades of neoliberal reforms have weakened and destroyed many of these institutions, leaving us with an underdeveloped grassroots political culture.

Along with other organisations, The World Transformed sees its purpose as to reverse the effects of this trend. In October 2018, The World Transformed surveyed 600 Labour activists, and over 75% of respondents said there was a lack of political education opportunities in their area. A similar number said they would like support getting similar events off the ground.

In 2017, The World Transformed organised ‘Take Back Control’, a series of community events led by local residents in locations such as Sunderland, Barnsley, Plymouth and Bradford that are often left out of the political conversation. Over the last year, social clubs have launched in Manchester and Derby, running regular cultural events that offer the security and space people need to build their own unique political and cultural identities. Recently, mini-festivals inspired by but independent of The World Transformed have been springing up in Bristol, Birmingham, Nottingham and Dundee. And we are currently developing a network to provide support and training for Labour party political education officers.

In the face of right wing populism and a resurgent far right, we need to recreate the community spaces and cultural institutions that can facilitate the emergence of positive political identities. Much like the labour movement once did, it must embed itself in our communities and give serious material and cultural force to the often abstract “Labour values” we talk about. Through encouraging new social and cultural institutions and identities, the possibility of political power becomes that much more attainable. 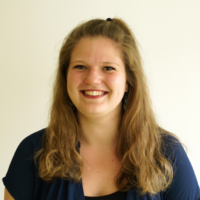 Hope Worsdale is a socialist feminist activist and an organiser for The World Transformed festival.

View all articles by Hope Worsdale