In September, the IPPR commission on economic justice, which I founded and chaired, described its plan for the new economy in the report Prosperity and Justice. This offered a new vision for the economy together with a plan for how to achieve it – from unleashing a new wave of industrialisation to improving productivity in what we termed the ‘everyday economy’, the large employment-low productivity sectors such as retail, hospitality and health and social care. We proposed better pay and conditions for workers and strengthened trade unions; a fundamental rethink of competition policy to create open markets; and new commitments to limiting the breadth of environmental impacts.

To build the economy we need will require two deeper changes: the relationships of power that currently exist between different actors in the economy must be rebalanced; and we must build public commitment for the patience, hard work and sacrifice that it will take to turn vision into reality. In the current feverish and unreal debate around Brexit, these ideas are all but absent. The instruction to ‘take back control’ is set to deliver the inverse. This is, perhaps, not surprising: a central message of the commission was that decision-makers in the UK are those that are largely responsible for the state of the economy — and that we have the collective power to change and reshape it.

A major part of the sense of injustice that is so widely experienced across the UK today is the lack of control people feel they have, over both their own economic circumstances and those of the country as a whole. That sense of powerlessness reflects something real. Today the economy is characterised by concentrations and imbalances of power that are both a cause of some of our economy’s problems, and an obstacle to solving them. Power has swung too far towards some interests and institutions, and too far away from others. If we are to achieve prosperity and justice together, this must change.

Within firms, too much power is concentrated in the hands of management, and too little is held by workers. Hierarchical governance models hold back productivity improvement and the spread of workplace innovation and hold down wages and working conditions. Across the economy, workers hold too little bargaining power in the labour market, as a result of weak rights and low trade union membership. This is clear from the simultaneous occurrence of stagnant wages and high employment. If both productivity and pay are to be increased, power will need to be rebalanced in significant ways from employers to workers. This will require stronger labour market regulation and strengthened trade unions.

In particular markets, too much power is held by a small number of dominant firms. This is true for large parts of the economy, from consumer markets and professional services firms to the new digital economy. The excessive power of dominant firms will need to be curbed if we are to have open and competitive markets that work in the interests of innovation, and for entrepreneurs, suppliers and workers as well as consumers.

In the finance sector, there is an imbalance of power between those with a long-term interest in long-term value creation, and those that benefit from short-term returns. The finance sector now charges more to the rest of the economy than it did half a century ago, despite extraordinary productivity improvements through innovation. There must be a rebalancing so that more of the productivity gains are passed on rather than retained. The interests of productive investment must be better served.

In policymaking, there is a major imbalance of power between Westminster and the devolved governments of Scotland, Wales and Northern Ireland, and the regions of England. Power must be rebalanced through the devolution of economic decision-making and investment, and economic policymaking at the national level must become more open, participative and inclusive.

For individuals and households, there is an imbalance of economic power between those that have the financial security and social and economic opportunity that comes with wealth, and those that do not. This must be redressed through new measures to give more people a share in the nation’s wealth. In particular, the acute wealth inequality afflicting the younger generation must be addressed through a new approach to housing.

Across the economy as a whole, there is an imbalance of power between market forces and society. We need an economy in which markets serve society, not the other way around. So we need a more active and democratic state able to represent the community as a whole in shaping and guiding the economy towards better outcomes for all.

Power is not just the means to a better performing and fairer economy. It is as much about the purpose of the economy and what is meant by economic justice. Powerlessness is an affront to human dignity, which is why ‘taking back control’ has become such a potent political idea. We are citizens in the economy as well as in society.

But changing the balance of power in the economy will not, by itself, deliver the change we need. As discontent with the status quo has increased, there has emerged a simple narrative that our economic problems can be solved by seizing resources and control from the wealthy elite and handing them over to the people. While redistribution will be vital — we are vastly less equal than France, Germany or the Scandinavian countries — it won’t be enough by itself.

Our economy has deep and serious problems. They won’t be solved either easily or rapidly. If it occurs, Brexit will make it much harder to address each of those problems. In any event, the economic change we need demands long-term, collective effort that will require higher levels of investment, which in turn requires more savings and less consumption. We will need to have the patience to undertake this endeavour.

Other countries that have undergone economic transformation share a common characteristic: the long-term commitment to a new economic settlement that, having been defined by one party, is accepted and embraced by the other. A new economic settlement needs allies, not enemies, and a realistic assessment of just how hard the journey ahead will be. It must be upfront about the sacrifices it will surely demand. My guess is that a political party that levels with the country about the task ahead — that asks as well as offers, demands as well as dreams — will be rewarded by voters that are eager to improve their own lives and contribute to something bigger than themselves. That is the territory for politics as we leave the EU and enter the 2020s. 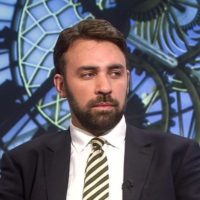 Tom Kibasi is director of IPPR.

View all articles by Tom Kibasi