It’s not breaking news to say that Brexit has divided us as a nation. The referendum campaign was contentious; a Labour MP was murdered on the streets of her constituency. The aftermath saw a spike in hate crimes aimed at Europeans and ethnic minorities. Our research at HOPE not hate also showed astonishing levels of vitriol from Remain voters towards those who voted Leave. What has been less high-profile is the extent to which the mismanagement of the Brexit process itself has damaged trust in politics. The Prime Minister has failed to even try to reach consensus on how the UK should leave the EU. Parliament is in chaos.

HOPE not hate works in communities that are vulnerable to the message of hate and division. We have opposed a hard Brexit, while working to identify ways in which the process can bring people together rather than further divide communities. We have polled tens of thousands of people and sat through dozens of hours of focus groups to listen to people on both sides of the divide.

There is no obvious way out of the Brexit deadlock that gains support from all sides, and we’re approaching what is only the end of the beginning of the Brexit process. If the deadlock over the withdrawal agreement can be broken, it will merely mark the formal exit from the EU with years of intricate negotiations ahead. And the predicted damaging social and economic impacts of Brexit have not yet begun to hit, meaning instability, anger and resentment is likely to grow, not decline. A mistrust of political representatives adds potency to this dangerous mix of unmet expectations, broken promises and anger. The ground for a far-right surge is fertile.

Any outcome from Brexit that is played out in the confines of Westminster debating chambers, with no attempt to involve the public, will not be able to bridge our divides. And it is not enough to pretend that there wouldn’t be anger, frustration and civil unrest if the 2016 referendum had never happened. If there is one lesson we should be taking away from the Brexit vote and its fallout, it is that we need to start doing politics differently.

We cannot afford to fudge together an outcome from Brexit that will eventually rupture society even further, and people who voted to Leave because they wanted to see change need more than the offer of a return to the status quo of 2016. We need to start engaging with the public, properly listening and understanding what they want and need. Through dialogue, we can find consensus and start to rebuild political trust.

HOPE not hate is now backing calls for the establishment of citizens’ assemblies. These have the potential to spark discussions amongst communities and people with divergent opinions and explore the possibility of consensus over Brexit. Such assemblies have been successfully used in Ireland, Iceland, British Columbia and many areas of national and local government, creating spaces for debate on contentious issues before holding further public votes. They are constructed of a randomly chosen representative group of the public, which will hear a broad range of evidence and arguments on a subject. They discuss and weigh this up, then make considered recommendations to their political representatives.

Citizens’ assemblies will allow the public to be involved in an informed debate, encourage Remainers and Leavers to talk and form a consensus that can be supported by the majority of British people. The British public see a citizens’ assembly as a viable option to get through the Brexit deadlock: although the idea is not something most people are familiar with, 39% of people would support citizens’ assemblies. It is also a less polarising choice, winning support from Leave and Remain voters of different shades.

Without a dramatic change of approach to the process, Britain is heading for ever-deepening divisions. As the Brexit clock ticks, it’s time to listen. 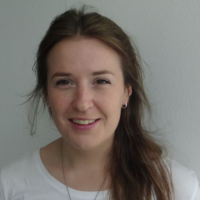 Rosie Carter is senior policy officer at HOPE not hate.

View all articles by Rosie Carter