We are constantly bombarded with a narrative about the UK labour market that extols its successes. Month after month, we hear of record numbers of people in work and how the UK economy is continuing to ‘confound expectations’. But the reality is very different.

CLASS’s new report, launched this week in parliament, starts from the very basic premise that the best arbiters of the UK labour market are workers themselves. And if you speak to them, as we have done with our poll of 2,000 workers and interviews with key stakeholders in the trade union movement, you hear a very different story.

After the longest period of wage stagnation in 200 years, it should come as no surprise that many workers are struggling to make ends meet. According to our research, one in three workers are in that situation. When asked, less than a third of workers think the economy works well for them and over half say their jobs are becoming increasingly stressful.

The labour market is increasingly defined by overwork and exhaustion.  The 2017 Skills and Employment Survey, for instance, found that about 55% of women and 47% of men always or often come home from work exhausted. The government’s own estimates show that work-related stress, anxiety or depression accounts for 37% of all work-related health cases and 45% of all working days are lost due to poor health.

At the other end of the spectrum, and amid huge cuts to levels of working age benefits, there are those who want to work more hours. Our report revealed that almost a third of all workers want more hours to increase their earnings, while the number of workers who are in part-time work but want full-time work is still higher than it was before the recession.

When it comes to Brexit – as it always does – workers were heavily split by their preference in 2016. Of those who voted Leave, only 13% thought Brexit would have a negative impact on their job over the coming year. For Remainers, the figure was much higher at 44%. Yet we heard from trade union officials that uncertainty was having a tangible impact on the workplace – foregone investment and recruitment drives and escalating recruitment difficulties were the main problems.

This level of uncertainty is unprecedented for many workers and businesses. As one official from GMB told us: “Brexit has not been mentioned at all. I brought it up with management at a meeting; ‘let’s not go there’ was the response.”

What is to be done? The status quo is clearly unsustainable. If the labour market cannot keep workers from falling behind with basic costs, it is failing. Theresa May had promised to enhance workers’ rights upon leaving the EU but it is increasingly clear that there is absolutely no appetite for this.

Rebalancing power in the workplace is a good place to start – access to trade unions, a right to guaranteed hours and properly paid overtime. Labour Party policy is to abolish zero-hour contracts and give workers a right to regular hours if they have been doing so for more than 12 weeks. Hours worked beyond those stipulated should also be paid at a premium rate. Alternative models of ownership must also be distinctly encouraged.

The second change is more cosmetic. Office of National Statistics data shows a general worsening perception of people’s own financial situations, though this does not fit with the narrative of ‘record employment’. The ‘Good Work Plan’ placed a commitment to valuing the quantity and quality of jobs equally. If this commitment is to mean anything, it is time we heard less about record importance and more about stagnant wages, lack of trade union rights and workers taking back control of their work-life balance. 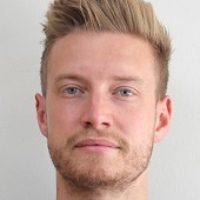 Liam Kennedy is a research Officer at CLASS – Centre for Labour and Social Studies.

View all articles by Liam Kennedy