Stan lives in Westminster, in the heart of London. With the windows open, you can hear the bustle of the street below. Now in his 90s, Stan served in the war. He is a demon backgammon player and a big Arsenal fan. And he is completely alone. Like over two million other people in Britain, Stan speaks to someone once a week. He longs for good company and to share the music he loves. Stan needs a little help.

Ella lives on a tough, run-down estate. Like many of the mothers I work with, she has two mobile phones. She gives one number to the small group of people she trusts. She uses the other to keep what she calls “the social” at bay. Ella and her family suffer from a range of complex troubles – debt, a lack of work, a history of domestic violence – and her children have been excluded from school. Ella hides behind two mobile phones because she is terrified ‘the social’ will take her children away. Everyone on her estate knows someone who has lived this experience. Ella wants the welfare state to walk away.

And then there are the amazing people who work within our welfare systems: teachers, nurses, doctors, social workers, carers. The professionals I work alongside are utterly committed but too often exhausted from trying to work within systems with rules, boundaries and conditions that are utterly unsuited to the challenges of today. Our once brilliant welfare state is out of kilter. A future Labour government cannot invest any further in services designed in and for an earlier time. Such an approach will not help Stan nor Ella, neither will it support a public work force. There are three reasons why.

First, we face new problems: Stan’s loneliness, the epidemic of chronic illnesses that absorb 70% of hospital expenditure but cannot be cured; migration; a fragile planet. These are not problems that can be solved by industrial systems of command and control. These problems are not so much new as different in nature. They demand a fresh approach rooted in open collaboration, which requires new systems designed for participation.

Second, our societies are undergoing profound and rapid social and economic change. The world for which our welfare state was designed – a world of white nuclear families where women would be the unpaid bedrock of homes and communities no longer exists. The challenge of who should care is just one of the resulting crises.

The third, and most profound, reason that our current welfare state cannot work is the rise and nature of modern poverty. Poverty has not gone away, as the welfare state’s founders expected. It is deepening and taking on new forms, which are familiar to Ella though not to most policy-makers. Poverty today is about money and increasing inequality, but it is also about relationships.

The digital economy is widening the economic gaps between us, and these gaps in income are reflected in chasms of geography and personal connection. The wealthy are concentrated in a few postcodes. We don’t live near each other; we don’t join the same things; we don’t know each other anymore. Yet social research shows it is our relationships and who we know that above all predict our life chances – what kind of job we will get, our health and who will take care of us in the end.

Our existing institutions cannot see these challenges, much less address them. We must think again – re-invent the vision, not the institutions – and invest in a country in which each and every one of us truly has the capability to flourish. In my book Radical Help I show how we can create a welfare system for our current times. I offer a new vision – a new operating system – developed with communities up and down Britain with whom I have been doing practical work and growing new solutions.

These solutions – new forms of health care, new ways to find and progress in work, to support families, the young and the old – start in people’s lives, asking what would you do? They start with a vision. Not a management target, but a shared vision of how we want to live. And rather than consisting of rhetoric, they focus on concrete ways to foster our abilities to learn, to be healthy, to create communities and to know one another. These solutions are collaborative, building relationships across communities. They provide company for Stan and support to Ella and mothers like her to transform their lives. They cost less – but this is not their rationale.

The labour movement in Britain was informed by a long history of mutual self-help – the work of Octavia Hill, Samuel Smiles, the co-operatives and the new forms of organising found within communities and the unions.  Today we need to start where William Beveridge left off and learn again from this history and from work that is growing across Britain. The work I am describing is all around us but it is marginal. We need to grow this work and move it to the centre ground.

In 1942, we thought big and created a transformation out of the ruins of war and the economic depression that preceded it. We can do this again if we start in the right place: people’s lives. The welfare state was not created from scratch. Beveridge, with the support of unions, communities and people across Britain, created an operating system – a new framework within which good things that already existed could grow and other things could be transformed. We can and must do the same, and this would be Radical Help. 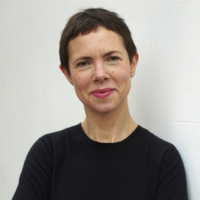