The standard story about identity politics is that when new social movements burst onto the scene in the late 1960s and 1970s, identity politics fractured class politics, bringing huge problems for the Labour Party. At first, the overwhelming response to feminism, Black activism, lesbian and gay activism, and so on, from the labour movement was scepticism, and even hostility. Labour failed to integrate the dynamism of these new movements into its political project, and the new social movements developed largely outside parliamentary politics, and with only minimal links to the labour movement.

From the 1980s, new social movements aimed to move ‘beyond the fragments’ (in the words of a book by second wave feminists Sheila Rowbotham and Lynn Segal in 1981), and pursue more of their aims through local and national government. This meant seeking more of a voice within the Labour Party. The upshot was that Labour became associated with ‘minorities’ (women, blacks, gays, etc), with negative effects for its electoral performance among its traditional (white, working-class) base. This account of the relation between identity politics and Labour has some truth to it – that’s why it has been so powerful – but it also has real limitations.

This story fatally misses the role identity politics has always played in fracturing class politics in Britain. Two examples help to illustrate this. The first relates to the Conservative Party’s growing electoral successes in urban Britain between the mid-1870s and 1900. Explanations for this once rested on the idea that the party in these years appealed to ‘Tory democracy’ – i.e. they had given working men the vote in 1867, were the natural party of government and the working man’s social ‘superior’.

Later explanations dismissed the idea that the Tories had much intrinsic appeal to working men, rather arguing that Liberals were the natural party of the urban working class who had failed to properly build up a programme that could appeal to them. This rests on the idea that the working classes ‘should’ vote for progressive, not conservative, parties. Since at least the 1990s, however, historians like Jon Lawrence have suggested another explanation for working-class urban Tory voting in this period.

Lawrence has argued that working-class men in provincial urban areas voted for the Tories because Conservative and Unionist candidates constructed a discourse and image of ‘shared masculinity’. The appeal of these candidates came from their defence of the pub, of beer, of sport – traditional masculine pleasures and leisure. The Liberal temperance crusades, for example, were presented as an attempt ‘to rob the British workman of his beer’, as an 1891 election song for one of Wolverhampton’s Tory candidates showed: When I drink that cold water I get creepy an’ pale / So I’ll vote for Joe Lawrence [no relation to Jon Lawrence] and sparkling warm ale.

The appeal was also jingoistic, stoking patriotic and militaristic sentiments. It was outspokenly Unionist, using the issue of Home Rule to present the Liberals as a danger to the nation, and putting their party before all else. In this period, identities linked to gender and to nation were used by the Conservatives to fracture class solidarities. One might object that this example ignores the plight of contemporary under-represented working classes to find a party to champion them. My next example, therefore, comes from the post-war period, representing the peak of class-based voting in Britain, and relates to the voting patterns of women.

In the 1950s and 1960s, explanations on the left for the Tories’ growing electoral hegemony, where they won fewer votes than Labour in 1951 but beat Labour by an increasing margin in 1955 and 1959, focused on ideas of ‘deference’ or ‘embourgeoisement’. Proponents of both thought that working classes should vote for the party that upheld their objective economic interests – Labour. How to explain the ‘deviant’ behaviour of the working classes who voted Tory? ‘Deference’ suggested that some working-class people believed they should vote for those they considered their ‘social superiors’; ‘embourgeoisement’ suggested that, in an increasingly affluent society, more working-class people saw themselves as ‘middle-class’ and hence adopted middle-class patterns of voting.

Again, from the 1990s onwards, historians suggested a simpler and more plausible explanation – gender. Women were disproportionately likely to vote Conservative in the postwar decades (indeed, this was probably the case from the 1920s to the mid-1980s, when the trend reversed), and this was enough to give the Tories their string of victories. The explanation for this, as historians like Ina Zweiniger-Bargielowska, Stephen Brooke and Amy Black have posited, lies in the way the Tories appealed to women as consumers, part-time workers and citizens. Their posters carried images of happy, nuclear families enjoying a life of affluence, relatively shorn of class signifiers, or images of women enjoying unrationed sugar under the slogan ‘It’s a Housewife’s Budget’.

Labour, by contrast, had a near-total blind spot when it came to women. The party’s culture was masculine, the Women’s Conference was marginalised, and the party made its appeals to workers, usually constructing that category implicitly as masculine (and white). Once again, gender was overrode and undermined class identifications and interests. Other identities – gender, race, nation, region – have always been mobilised to cut across class. The Conservative Party has been very effective at doing this, but other parties have also done it. After all, Labour’s appeal in the postwar decades to ‘workers’ might look like a class-based appeal, but in fact it was playing on racialised and gendered identities, too.

We should not lament the rise of ‘identity politics’, but instead acknowledge that it’s always been there. What the new social movements of the late 1960s and 1970s did, in one sense, was to bring it out into the open. Groups that had been marginalised by mainstream politics were now asserting their right to pride in their identities, and demanding policies and cultural changes that responded to their needs and desires.

The development of intersectionality theory in the late 1980s and 1990s – first conceptualised by Kimberlé Crenshaw – gave us a more sophisticated framework for thinking about how different identities work together to shape an individual’s life. Developing intersectional approaches to politics and movement building is the way forward. Wishing for a world without identity politics is wishing for the impossible – a world that never existed. 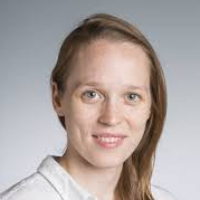 Florence Sutcliffe-Braithwaite is a lecturer in 20th century British history at University College London. She is also co-editor of Renewal.

View all articles by Florence Sutcliffe-Braithwaite