Today young activists in 105 countries are striking to bring attention to climate change. We recognise that toxic air pollution, rising sea levels and declining biodiversity puts all of our futures at risk. Tackling climate change is key to delivering good jobs, fighting injustices and creating a sustainable future.

Young people’s voices must be taken seriously. The global #ClimateStrike movement began with a Swedish sixteen year-old, Greta Thunberg. Too often our generation is belittled as superficial ‘snowflakes’. We’re told to wait our turn until we can fully participate in our democracy. The countless students and young workers protesting against climate change, led by the activism of a teenager, are proof that this is wrong.

Young Labour is proud to back today’s Climate Change March. Our members overwhelmingly back action: 2018 polling showed 71% of Labour supporters were worried about climate change, along with 77% of young people. Our generation may be the last who can act on climate change but we will undoubtedly be the first to face its full consequences.

Climate change hits the poorest and most vulnerable to hardest. While the few can install expensive air filters, relocate with ease and adapt to extreme weather events, the many suffer. As socialists, we must take the lead in fighting against climate change, as we fight against all injustices. As the situation worsens yet further, it’s clear that we can’t hide from the impacts of climate change. We can only fight against the damage being done to our planet.

In Britain it has always been left to Labour to tackle climate change. While the last Labour government passed the Climate Change Act, the Conservatives merely pay lip service to the most pressing issue of our generation – just this month announcing an end to a subsidy on solar panels, in a decision derided as economically illiterate as well as damaging to the environment. The Conservatives have gone from ‘hug a husky’ to openly trolling schoolchildren on Twitter for having the temerity to protest climate change.

Labour is the only political movement with a credible plan to tackle climate change and an innovative manifesto for the environment. With Labour, 60% of our energy will come renewable sources, we’ll invest in renewable energy sources and work closely with comrades in the trade union movement to fully support workers in the sector.

Labour will improve the energy efficiency of homes and promote sustainable farming methods. Our movement will also introduce a new Clean Air Act to tackle the Tory legacy of illegal air quality. And we’ll invest in our public transport, including through the nationalisation of buses. Fighting for a socialist Labour government that truly values our future is an essential part of the fight against climate change.

But until then, we’re taking to the streets. Climate change cannot be ignored. The damage we are doing to our planet is already having a devastating impact worldwide on our health, wellbeing and sustainability. While our cruel Tory government and governments worldwide ignore the crisis, it is our generation that is fighting back. 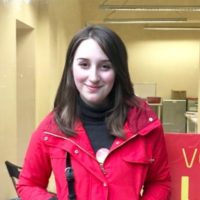