On Thursday 2nd May, Swale borough council in East Kent is one of the councils in England with local elections. Every single seat is up for grabs. I’m a candidate in Murston Ward in Sittingbourne, covering the area I grew up. Sittingbourne joins the Isle of Sheppey and Faversham, and surrounding villages, to make up Swale.

Here in Sittingbourne, we were left with just two councillors along with two from Sheppey in 2015 when council elections were last held on the same day as the general election. In the parliamentary poll, Labour slumped to third place with 19% – behind UKIP – in the Sittingbourne & Sheppey constituency, a seat we’d held from 1997 to 2010.

With the Tory handling of Brexit continuing to plumb new depths of chaos, you’d be forgiven for thinking that few people will be paying attention to our council elections in this corner of Kent. It’s true that in this heavily Leave-voting borough. there’s considerable frustration about the entire Brexit issue. And the reality is that we are sometimes on the frontline of criticism about our own party’s leadership.

But our conversations on the doorstep in Murston, and elsewhere in Sittingbourne, largely discuss local issues residents raise with us. The vast majority of people are completely separating their local voting intentions from the national.

This is encouraging for our local Labour team. Dramatic swings back towards us in by-elections since then, a much improved vote share in the 2017 general election, and our year-round campaigning with extra help from Keir Starmer’s Holborn and St Pancras CLP – with whom we have had a three-year partnership – has put us in a strong position to increase the number of councillors we have. And those issues that people care about most locally are being put squarely at the door of the council’s Tory leadership of the last 15 years.

The government’s push for more homes in the South East has resulted in many thousands of new builds – but affordable and social housing has been lacking. Regeneration of Sittingbourne Town Centre is uncreative and speculative, putting £27m of council investment in the scheme at risk. And there’s no local ambition to deliver skilled jobs along with a joined-up skills and employment agenda.

Cuts to policing, the worst GP coverage in England and sorely lacking infrastructure to accompany the new housing developments all locally demonstrate the impact of central government austerity. The Tory council’s longstanding leader, far from making a name for himself fighting hard for local residents, has gained notoriety locally for obfuscation, arrogance and lately for his short-lived suspension by the Conservatives for retweeting a tweet in support of Tommy Robinson.

The Labour message of change is cutting through, aided by widespread respect for our current sitting councillors for being hard-working community representatives. If the political landscape nationally provides enough space for us to continue to get on with our local campaign, it is possible Swale will once again have more Labour councillors and the Tories may well be pushed out of majority control. Kent politics will be the better for it. 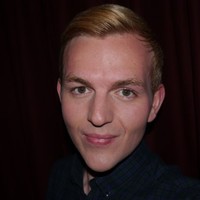 Ashley Wise is a council candidate and a former Labour Party organiser.

View all articles by Ashley Wise