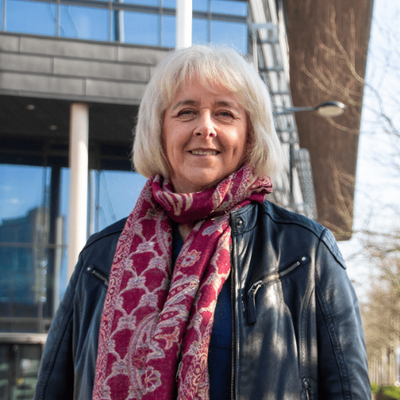 The Labour candidate fought off 10 opponents, including Ukip’s Neil Hamilton and Amelia Womack, deputy leader of the Green Party.

Newport West constituents voted to leave the EU in the 2016 referendum by 56%, which Ukip made efforts to capitalise on in the contest, while Jones preferred to talk about the effect of Tory policies such as Universal Credit.

“I will stand up for the people, the jobs and the economy of Newport West”.

In her victory speech, Jones said: “Who knows what the next few days, weeks and months will bring. But what I do know is that people have had enough after a decade of austerity.”

“Paul Flynn had a massive personal vote – everyone knew him, he had been here for 32 years” says Labour’s Ruth Jones, when @afneil asks about the fall in Labour vote and share in #NewportWest #newportwestbyelection#bbctw

Commenting on the result, Jeremy Corbyn said: “I send my warmest congratulations to Ruth Jones on winning Newport West. Ruth will be a fantastic successor to Paul Flynn and will take up the tireless work he carried out for this community.

“Tonight’s result sends a clear message that the people of Newport and Wales are fed up of austerity which has robbed the Welsh economy of £1 billion through needless cuts, and shows support for Labour’s alternative.

“Labour will reverse these cuts and support the Welsh Labour government and First Minister Mark Drakeford to rebuild communities like Newport with proper investment to create a society that works for the many, not the few.

“I thank Ruth Jones and the whole Labour team for the energetic and positive campaign we ran together to win Newport West so we can keep challenging this chaotic Tory government and build towards a Labour government.”