Another week in Haringey, another young man fighting for his life after a near fatal stabbing in Bounds Green. The emotional cost is huge to victims, families and communities. I have observed with growing dismay the national narrative on knife crime, which can be succinctly summed up around an ill-defined ‘public health approach’ but appears to be focused on more and more punitive measures. The leadership of the Conservative Party may lie at the end of this path, but the answers to addressing serious youth violence do not.

Where is the positive offer to young people? I hear the focus of discussion at the Prime Minister’s recent Downing Street summit was containment. Containment means holding the issue within certain localities and certain communities (dare I say, protecting the ‘good’ people from the ‘heathen’). You can then exchange containment for stigmatising, which was exactly what we saw on Question Time a few weeks ago when Charles Moore, speaking on the issue of knife crime, labelled Wood Green and the Noel Park Estate as a hotbed for social ills.

It’s been over 30 years since I lived in social housing. Unfortunately the establishment have long used the containment and stigmatising tactic to unjustly tarnish communities where some of the most hard-working people reside. The subliminal message from Moore’s remarks is ‘don’t worry middle England, this is an issue for the black urban underclass’.

As socialists, we must reject this. We need to state unequivocally that growing inequality and austerity, and not just police cuts and a viciously expanding drug market, are to blame. Increased use of stop and search, and measures such as knife crime ASBOs, will only serve to criminalise more children. That is not the answer. What I hear in Haringey community meetings, from Tottenham to Crouch End, is that people want to see more cops on the streets, building a visible presence and strong community relations. They need to be resourced to do this and senior officers need to re-engage their enthusiasm for community policing.

But as well as police officers, we need youth workers. We need an offer that places supporting and nurturing our most vulnerable children at its heart. That’s exactly what we have been trying to do in Haringey, bringing back detached youth workers and supporting a number of community-led projects often involving young people who have turned their lives around. There will be no solution without the involvement of young people who have been affected by serious violence.

The Labour frontbench should do more and I hope the upcoming national policy forum (NPF) consultations can take this forward. Some key points for Labour to consider:

Finally, Labour cannot sign up to a political consensus on serious youth violence that austerity has partly inflicted on us. That means supporting the most reactionary Tory Home Secretary since Michael Howard, who ignores the hurricane of Islamophobia engulfing his party. The hypocrisy is beyond the pale. We need a Labour way, a socialist vision that engages young people and gives hope. That’s what our communities are crying out for. Let’s do it! 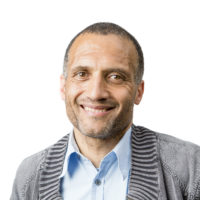 Mark Blake is a councillor in Haringey, where he is cabinet member for communities, engagement and young people.

View all articles by Mark Blake