Having seemed unlikely for three years, the prospect of another EU referendum is now firmly in play. Across the labour movement, there are many who, understandably, have reservations about the idea. But from a Scottish perspective, it is critical that Labour backs a second public vote on Brexit. Indeed, the move is essential to Labour’s survival in Scotland – and, by extension, to our prospects as a future party of government.

Support for Remain was strong in Scotland, with all local authorities voting for it, and support for a public vote is high too. This is particularly the case in the towns and cities, and in Scotland’s central belt. Critically, these are the areas where Labour is most competitive, and where we need to make progress if we want to see a Labour government.

Yet a customs union deal without a public vote will not fly in Scotland. Unlike England, Scotland faces significant demographic challenges, and our projected population growth is entirely based on migration. A Brexit deal that does not include free movement would have long-term ramifications for the Scottish economy. If the deal does not include exactly the same benefits as before, then it must be put back to the people. Labour facilitating a customs union deal without a public vote would dismay exactly the voters in Scotland to whom we need to be reaching out.

Six of Labour’s 15 most winnable seats are in Scotland. There are 20 seats in Scotland (of 70 nationally) where we are within 4,000 votes of winning. Furthermore, six of our seven currently-held seats have small majorities – all much smaller, for example, than the numbers within them that signed the Revoke Article 50 petition. Surrendering the position of a second referendum to the SNP would put our current seats in jeopardy, and all but abandon our chances of making any gains. Without Scottish seats, Labour’s chances of forming the next government fade significantly.

While the Change UK/TIG party may so far seem to give few in England pause for reflection, the calculation is different in Scotland. Here, Remain supporters have somewhere to go. It is not a question of losing some votes at the margins, but of the pro-European electorate moving en bloc. Despite the SNP being separatists themselves (and wanting us to leave a different, even closer union), they are attempting to position themselves as the natural home of pro-Europeans in Scotland. If Labour cedes that territory to the nationalists by recoiling from supporting a public vote, we will compound the argument that the SNP – and not Labour – is the true home of Scotland’s progressives. In doing so, it would undermine the hard work Scottish Labour has been doing under Richard Leonard to rebuild our left-wing case.

By denying a Public Vote, Labour would be handing the SNP a key weapon. It is no secret that the SNP are using Brexit to further their push for independence. They aren’t exactly subtle about it: almost every day, their Westminster leader Ian Blackford remonstrates about Scotland being “dragged out of the EU against our will”. Those of us who instinctively recoil from nationalism in all its forms give that argument short shrift (more remain voters in, say, London are being dragged out of the EU against their will, so it doesn’t feel a peculiarly anti-Scottish dimension of the whole debacle). But the SNP’s style of politics is fuelled by grievance, and the perception that Scots’ interests and wishes are ignored and arrogantly dismissed by those south of the border. If both Labour and the Tories at UK-level combine to block another referendum, that argument will become much harder to rebut. As an all-UK party, we must avoid steps that would exacerbate grievance and division between the different countries of the UK. It leads to nowhere good.

The most significant point is about Labour’s long-term revival as a force in Scotland. We lost so badly in 2015’s Westminster and 2016’s Holyrood election because Labour in Scotland had become synonymous with behind-closed-door establishment stitch-ups, and with a cynicism that for so long had compromised with the forces of conservatism, as to be now devoid of progressive ambition and hope. Scottish Labour has faced an existential threat over the past five years, and is now reforming and rebuilding. Our survival depends on becoming once again the home of Scotland’s progressive, internationalist, left-wing voters. Coming down against giving the public a final say would send them packing, and reawaken that existential threat.

Comrades in Leave-supporting areas of course have an equally unenviable choice, and there are understandable reasons for which they are wary of a second referendum for their communities. But they should be mindful that Labour must be strong in Scotland in order to be strong in England. In the 2015 election, the Tories in England made great hay of a potential Labour-SNP coalition – remember the posters of Alex Salmond with a mini Ed Miliband in his pocket? If a public vote is blocked, the SNP would again be on track to storm ahead in Scotland, and that argument would again be trotted out by the Tories in English marginals. Due to the Scottish dynamic, the longer-term implications of blocking a referendum could be felt in Leave seats in England.

There are many strong arguments for backing a public vote. Nobody could possibly have expected this mess when they voted Leave. A confirmatory referendum makes sense when the details are crucial and the stakes so high. And Labour’s conference position from Liverpool was very clear. But, seen from Scotland, supporting a public vote seems essential to Labour’s ability to rebuild as a winning force in Scotland – while blocking it risks holing us below the waterline. 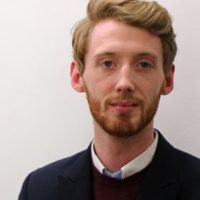 Chris Murray is a Labour member in Edinburgh Central and on the advisory committee of Labour for a Public Vote.

View all articles by Chris Murray