This week saw the formation of Labour 4 Day Week, a member-led group that seeks to push the demand within Labour for a reduction of working time without loss of pay. This is an opportunity for the party to take the lead on a policy gaining a growing consensus across the world, and one that will become increasingly necessary in the future.

The idea of a shorter working week has emerged at a time when our working lives are not in a good way. Tories claim that employment is the only route out of poverty, yet in the UK it is clear that work isn’t working. Roughly two thirds of those in poverty come from working families. One in four sick days are directly attributed to overwork, and nearly half come from work-related stress. Over 10% of our working population want fewer hours, while 8% want more. We have a persistent and significant gender pay gap. Our productivity lags behind most of our European counterparts, many of whom work less on average than we do. A four-day week would represent part of a new deal for workers, where the economy works in our favour and according to our needs.

The four-day week is not a silver bullet, but does offer a simple way to tackle a range of issues that affect the entire country. It represents a way of redistributing efficiency gains of new technology – if we’re going to have more automated tasks, we need to make sure that workers see the benefit. It would address the unnecessary contradiction of underemployment and overwork existing side-by-side. It would allow undervalued domestic and care work – disproportionately undertaken by women in our economy – to be shared more equally. It would bring our typical working week in line with our more productive neighbours France and Germany. It can lessen the rampant work-consumption cycle that drives climate change. Most importantly, perhaps, it can offer people more control over their lives.

There are individual cases that show a shift is already happening: some companies from across the world employ a four-day week, of their own accord, and see positive results. But we can’t rely on the practices of a handful of enlightened companies. The transformation we want to bring about requires demand from below and responsive policy from above. Using existing democratic structures is key. The Labour Party and trade unions are not only the most effective (and obvious) institutions to play this role, but also the natural champions of such a policy.

Labour must provide a progressive vision of work that will improve the lives of the working class, and that is what a four-day week offers. This process started with the fight for an eight-hour day, the fight for a five-day week, and then later the fight for paid holiday. It is only logical that the fight for free time should continue as we move into the future. A recent report from the think tank Autonomy – enthusiastically endorsed by John McDonnell, Clive Lewis and Dan Carden amongst others – makes a case for a shorter working week that cannot be ignored. Including a thorough survey of available research on the topic, the report suggests transitional steps, such as a gradual increase in bank holidays and four-day week trials in the public sector.

The Labour 4 Day Week group will promote the reduction of working time as a bold, forward-looking policy. We will provide a voice for party activists who see an ongoing reduction in work hours as a fundamental aim of any socialist, democratic government. We will allow members and MPs alike to fight for this salient cause within its natural home – the Labour Party. 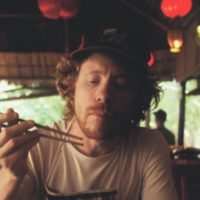 Paddy Bettington is a Labour member and post-graduate student. He is a founding member of Labour 4 Day Week.

View all articles by Paddy Bettington