A group of cross-party MPs are putting forward a new short bill designed to prevent the UK from leaving the EU without a deal on 12th April.

Last month, the Prime Minister said: “Unless this House agrees to it, no deal will not happen.” This latest move aims to enshrine that promise in law, by requiring Theresa May to propose an Article 50 extension beyond the current exit date.

Yvette Cooper presented the bill this afternoon, and it is set to be debated on Wednesday. The supporters of the bill then hope to pass it on Thursday.

The Labour MP for Normanton, Pontefract and Castleford said: “We are now in a really dangerous situation with a serious and growing risk of no deal in 10 days’ time.

“The Prime Minister has a responsibility to prevent that happening. She needs to put forward a proposal, including saying how long an extension she thinks we need to sort things out.

“If the government won’t act urgently, then parliament has a responsibility to try to ensure that happens even though we are right up against the deadline.”

Cooper is working with Tory backbencher Oliver Letwin, the architect of the ‘indicative votes’ process that has so far failed to come up with an alternative to May’s deal or no deal.

Letwin commented: “This is a last-ditch attempt to prevent our country being exposed to the risks inherent in a no deal exit. We realise this is difficult. But it is definitely worth trying.”

Below is the full text of the bill. 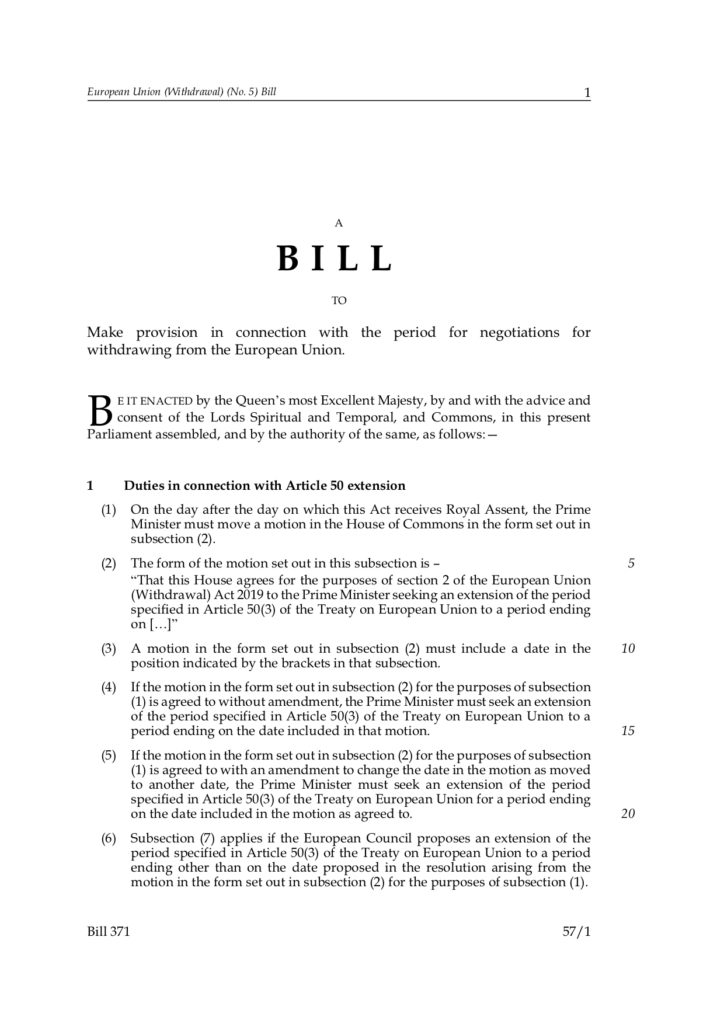 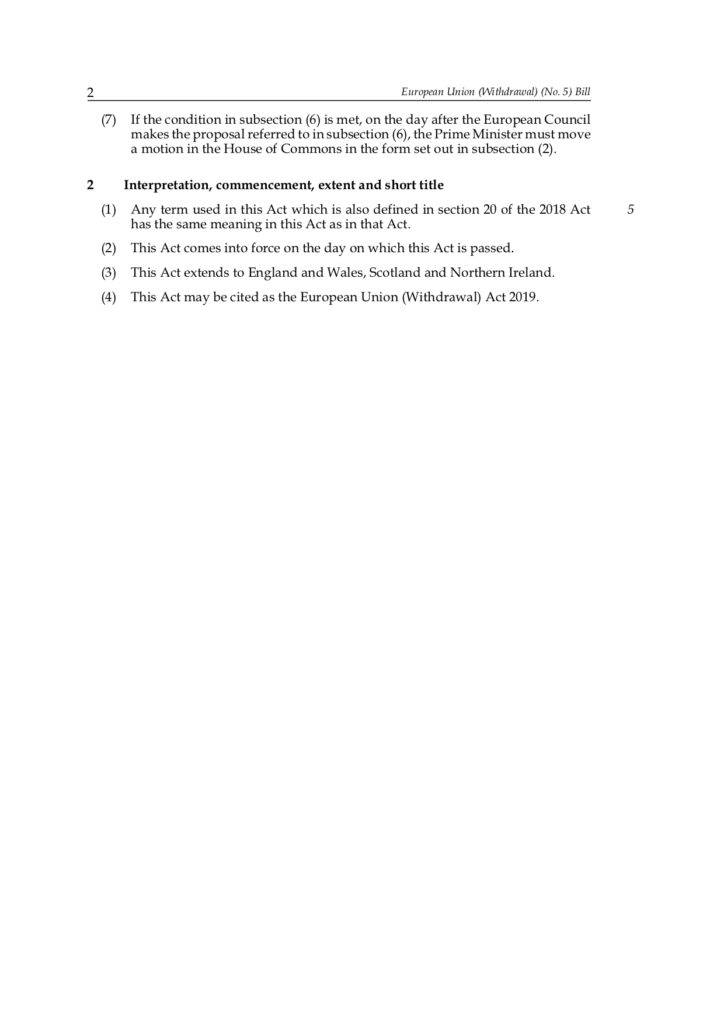