With the local elections behind us and the metro mayor elections a year away, now seems an appropriate time to remind local authorities and mayoral candidates of one of their biggest public health challenges – and their duty to tackle it.

ClientEarth has successfully challenged the UK government three times on its failure to get to grips with illegal and harmful levels of air pollution across the country. We have done this to enforce the government’s legal, and moral, duty to protect people’s health from toxic air.

In response, the government has passed the buck to local authorities. We have long argued against this approach but urgent action must be taken to clean up the UK’s filthy air and all levels of government have a role to play.

Going by what national and local politicians say, you would think we are in safe hands. They agree that it’s a serious public health problem requiring urgent action. But the reality is very different. At both a national and local level, tough talk is not being matched by strong political leadership and action.

The government says local authorities can best address local air pollution problems, ignoring the national policy levers and resources that ministers have to help fix the problem. Local authorities say the government must show more leadership, and they want to be involved in identifying local solutions but need more money and powers to do so.

On face value, we would not disagree with councils. However, it is clear that many local politicians – metro mayors and councillors alike – are reluctant to use the powers and influence they do have for fear of a potential backlash. They are instead waiting for central government action. And while politicians play political football with the issue, millions are still breathing toxic air, which damages their health and quality of life.

Encouragingly, there are some Labour local authorities willing to break the stalemate. The mayor of London Sadiq Khan recently introduced the world’s first ultra-low emission zone, and committed to expanding it in 2021. In the face of opposition, he made the case for this bold measure, and offered support for those affected by it.

Birmingham and Leeds City Councils are also introducing Clean Air Zones (CAZ) this year. Birmingham is the only city other than London to include cars in its CAZ, despite the political difficulties of doing so. Leeds Council has faced stiff opposition from local haulage businesses and taxi drivers, but has lobbied the government for funding so it can provide support to these businesses.

Yet a significant number of Labour-run local authorities are not taking action. Among them are Bristol City Council and seven local authorities in Greater Manchester, who were required to produce a final air quality plan by the end of 2018.

It is four months past this deadline, and final plans are yet to emerge from any of these local authorities, despite Bristol mayor Marvin Rees and Greater Manchester mayor Andy Burnham repeatedly expressing their sincere commitment to tackling air pollution and protecting the health of their constituents. It is now anticipated that these councils will not submit final air quality plans to Defra until late 2019 – a full year later than originally required.

Meanwhile, Southampton City Council has rowed back on plans for a CAZ, confronted with strong opposition from the Port of Southampton. The newly elected Labour mayor for the North of Tyne, Jamie Driscoll, has voiced his opposition to proposals from Newcastle, Gateshead and North Tyneside Councils that are designed to protect the health of those living and working in the region.

This is part of a worrying trend of local authorities missing legal deadlines, rowing back on ambition and hoping the problem will simply go away. Illegal levels of air pollution have persisted across the UK since limits came into force in 2010, and without concerted action from local and national government, these illegal levels will remain and people will continue to suffer.

While the national government has ultimate responsibility for ensuring that our air is cleaner and safer to breathe, local politicians cannot hide behind ministers’ failure to show leadership as an excuse to do nothing. It is time for politicians at all levels to stop passing the buck and making excuses. We need leaders with bold ambition and vision who will address this national health crisis and take long overdue action to clean up our toxic air. 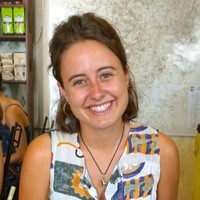 View all articles by Maudie Spurrier