The mere suggestion that people have the right not to be exploited by an economic system that relies on insecure jobs, low pay and eroding safety nets, can send anti‐human rights advocates into a spiral of outrage. The right to life or the right not to be tortured are, most accept, pillars of a civilised society. But when we talk about the right to economic justice – rights connected to deep‐rooted social and economic inequalities perpetuated by a system of elitist indifference and ignorance – the human rights campaigner finds themselves in muddy waters.

Under a government exhibiting such denial that it even chooses to dismiss the UN’s declaration that the UK’s austerity has resulted in our national embarrassment – record food bank use, huge and growing child poverty levels and crippling financial hardship imposed on working people through universal credit – selling the idea that human beings have a right to economic justice can be a tricky concept to land.

The challenge becomes harder when we talk about the terrifying rise in knife crime across the UK in recent months. For some bizarre reason, rather than rely on the answers found in decades of research or views of organisations on the ground, the government insists that we must look into what is causing this unexpected spike in youth violence. Yet many already know the answer. The truth is, while the government is unwilling to accept that people are not born bad, the answer lies in the human right to economic justice.

First, it must be said that all of us, across all political persuasions, are rightly desperate to show those victims of serious crime how sorry we are for their suffering. We must empathise – they are angry, and who can blame them? It is the people who are enduring the pain of losing a son or daughter through a knife attack that we are all urgently seeking to help. The public want to see action, and Labour must be there with answers; ensuring the party is not unfairly labelled as being “soft” on crime.

Instead, what we must do is be “clever on crime”. To do this, Labour must make something clear. Although the government’s huge cuts to policing have undoubtedly led to a rise in crime, it is their breach of our human right to economic justice that has really done the damage. Economic justice involves intelligent, strategic, and informed public spending that addresses propound unfairness. The government has failed.

We know that most people who end up committing serious crime have grown up in complex circumstances. People learn to do things society rightly rejects when they themselves have been victims. Their homes and lives are often ones in which domestic abuse, drug addiction, neglect, poverty, school exclusion or mental health problems were some of their earliest experiences. It was often the same for their parents – a cycle of inequality and deprivation trapping people in social dysfunction. Prevent these problems through compassionate and understanding support, and evidence shows we can prevent criminal behaviour caused by abuse and hardship.

Why, then, has the government left mental health services underfunded; cut policing and services aimed at addressing domestic violence; overseen cuts to drug treatment and schools; and imposed a cruel regime of universal credit in a jobs market that thrives on zero‐hour contracts and low wages?

Labour has a better and brighter solution – one that builds on our right not to be discriminated against and our right to education, while upholding economic justice. Knife crime can be avoided through a programme of investment. Funding services that support families away from their troubles towards an optimistic vision of social mobility is what reduces serious offending in the long run.

With these answers, we are left with fewer victims, with more young people leading fulfilling lives, and a stronger economy. Let’s build an economy free of the gigantic burden of an expensive criminal justice and prison system that drags our productivity down in a cynical cycle that has underestimated the capability of our poorer communities. 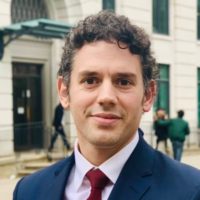 View all articles by Tom McNeil