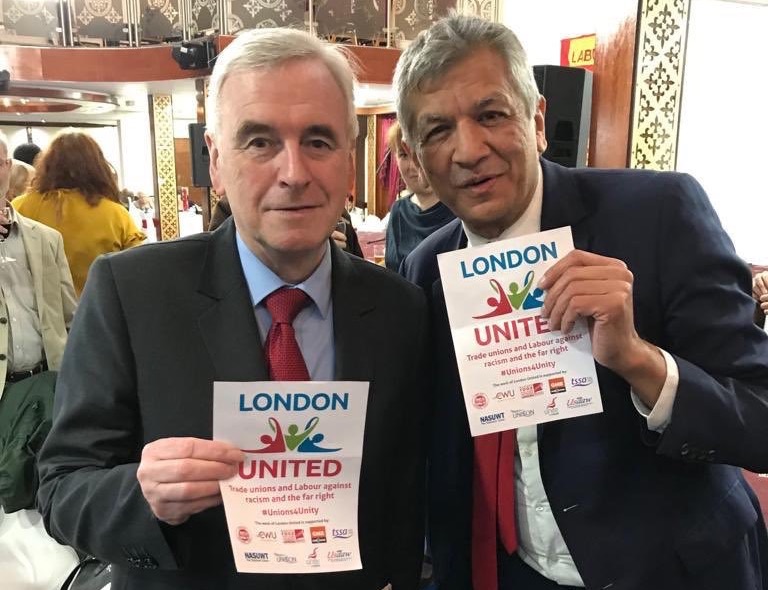 London United was formally launched at the 2019 London Labour conference. A motion in support, unanimously passed, was moved by the chair of Unite London and Eastern and now chair of the London Labour Party, Jim Kelly, on behalf of Unite. The motion was seconded by the Barking Labour Party. This was a symbolic move in itself, as the concept of London United can be summed up as united action against the far right by all sections of the labour movement. This unity was successfully demonstrated in Barking and Dagenham when it saw off the BNP just under a decade ago.

There were a number of reasons for the launch. Firstly, the alarm in some sections of the movement at global developments over the last year. A series of demonstrations in the name of ‘Free Tommy Robinson’ – Stephen Yaxley-Lennon, to give him his full name, founder of the English Defence League, who had been imprisoned for contempt of court over a grooming case – were attracting thousands. Robinson, now advisor to UKIP leader Gerrard Batten, was fast becoming a cult figure for the international far right movement. Groups like the so-called ‘Democratic Football Lads Alliance’ were providing the numbers for the street movement that fascism and the far right need in terms of a street presence, with Robinson the equally-necessary ‘charismatic’ leader.

Secondly, various alt-right groups with a sophisticated social media presence and money from America to fund ‘The Movement’, a grouping to organise an assortment of right-wing forces for the upcoming European elections, provided a backdrop to attempts to exploit very genuine concerns over Brexit uncertainties.

And finally, we had the coming together in meetings of the ‘populist’ and ‘respectable’ right in the form of Steve Bannon and Boris Johnson. Johnson has made inflammatory remarks comparing Muslim women wearing burkas to letterboxes and Jacob Rees-Mogg has approvingly quoted the leader of the German far-right AfD, senior figures from which have called for refugees to be shot. These examples are indicative of a political terrain where far-right discourse is now normalised. As David Lammy so eloquently riposted: “Our country’s proudest moment was defeating the far right… Now we are supposed to sit back while xenophobic, nationalists and isolationists do their best to tear Europe apart again.”

It is against this backdrop that we have also seen a worrying rise in hate crimes and witnessed terrible incidents, such as in Christchurch. In London alone, there are 60 hate crimes reported every day and we know that most cases go unreported. Police have warned that the threat of far-right extremism is their biggest concern now, with a third of referrals to the Prevent programme from people attracted to white supremacist ideology.

In the context of these very worrying developments, how do we go forward? How can the visionary call by New Zealand’s Prime Minister, Jacinda Arden, for global action to root out racist right-wing ideology be localised at all levels and the ‘hostile environment’ challenged in all parts of our public life? This is where LU, which has already attracted the support of major unions and of John McDonnell, has a role to play.

We need to spread the message underpinning the rise of the ideology we oppose to the six million members of trade unions, alongside the mass membership of the Labour Party. As one experienced activist put it, the sad reality is that many ordinary trade unionists and their families have been on marches we saw last summer but in no way subscribe to far-right ideology. It is to them in particular we need to get our message.

Counter-demonstrations last year were small by comparison. Clearly, our first task is mobilise members. The political will is there, as shown by McDonnell’s calls for a new Anti-Nazi League movement. Unions like the FBU and RMT have been instrumental in getting members to help steward anti-fascist mobilisations. And the trade unions marched in a fairly cohesive bloc on the recent International Day of Action Against Racism.

We need all unions to come together – hence LU has always been clear that an approach is needed that includes unions not affiliated to Labour. Unions like Unite do some impressive educational work, and this needs to be emulated everywhere. Each union will have to decide how it gets the message to its membership. Hopefully the summer trade union conferences will further this process and Labour conference will add a national dimension.

Good action is already being taken, such as the recent London and South East TUC conference on the threat of the far right and trade union responses. The unions can come and play a part in developing London United by advancing a clear anti-austerity message that will resonate with its membership. No matter where they are on Brexit, the rhetoric of hate must be rejected at all costs as a divided movement can only play into the hands of our common foe.

At a party level, the resolution to conference calls on London Labour, through the regional board, to join with the trade unions and form a joint steering committee. This body would coordinate the campaign and spread the same message via constituencies, develop a much-needed online presence, seek affiliations and – most importantly – change a still inward-looking party culture to mobilise our members.

Valuable work is being done in other aspects of public life. Groups like Show Racism the Red Card in the football world do great work, and LU should seek to develop partnerships rather than duplicate. Music and culture is another arena: while it may not be possible to replicate Rock Against Racism, so successful in its time to the ANL’s success, thought should be given to reviving the Rise festival initiated by Ken Livingstone and ditched by Boris Johnson. I have asked Sadiq Khan to consider funding and organising an annual London cultural event to bring our communities together.

There are many challenges, and LU has its work cut out. It will have to define its relationship with existing initiatives doing excellent work out there. We can’t afford sectarianism – maximum unity in action is the way forward. But the first steps have been taken in developing, for the first time, a cohesive labour movement campaign and challenge to the far right, mainstreamed in all aspects of our work. The message of No Pasaran, enshrined in the history of our movement, must be translated into action again and passed on to future generations.

This piece was originally published in print by Chartist. 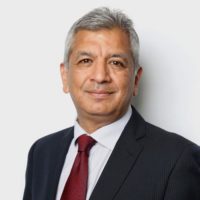 Unmesh Desai is a Newham councillor and represents City and East in the London Assembly.

View all articles by Unmesh Desai