On Thursday 2nd May, Middlesbrough, an industrial town in the North East, returned an independent mayor – a swing away from Labour – with a huge majority. On the morning after the dreadful night before, 12 of our 32 councillors – some in so-called ‘safe seats’ – were thrown out of office by the people of Middlesbrough. I was one of those unlucky 12. The losses were not entirely unexpected – as a campaign team we were cautious in our estimations – but the scale of the defeat was devastating.

This was a stunning reversal of fortunes. Four years previously we had captured the Middlesbrough mayoralty and a total of 34 seats out of 46 on Middlesbrough Council. For the first time since Middlesbrough chose to have a directly-elected mayor in 2002, the Labour Party was in full control of the Town Hall. We could make decisions for the good of our town, and implement an undiluted Labour agenda for Middlesbrough. With our party at the helm, we could defend local people against the worst effects of local government cuts, lead with a vision for Middlesbrough that championed the economic potential of our town, and put social justice at the heart of what everything we did.

I believe we did that well. Under mayor Dave Budd, Middlesbrough Council led on initiatives to tackle the private rented sector, implementing selective landlord licensing in one of our most deprived communities and setting up a housing company to build council houses again. As a Labour council, we launched a fund for our most deprived communities and an investment prospectus that has so far generated £190m of inward investment. Under mayor Budd’s leadership, Middlesbrough attracted the Tour de Yorkshire and the BBC Radio One’s Big Weekend to our town. Our work to rebalance our town centre so that it creates more office based jobs and to bring investment across Middlesbrough had been lauded in the Financial Times and other publications. Beyond the Town Hall, our councillors were working hard in their communities, and as a party we held the principle of being on a constant campaign footing, getting out and communicating with local people at any opportunity.

How, then, did our main opponent, a former hedge-fund investment banker who does not even live in Middlesbrough, become mayor with 58% of the vote? And why is the Labour group now the minority behind a 21-strong group of independent councillors? As a party, we were picking up new promises a mere few days before polling day. Unfortunately for us, those new promises – and our older promise – simply chose not to come out to vote for us.

There are three primary reasons for which Labour voters chose to boycott the polling booths. The first is austerity. In Middlesbrough, as I expect it has done elsewhere, austerity has created apathy and an acceptance of cuts and reduced services. It has also created a vacuum in which independents can thrive, blaming a Labour Party for overseeing cuts and promising to solve the ills of the world with quick fixes. In this environment, it is difficult for a ruling Labour group to convince their communities that they are seeking to protect frontline services with reduced resources due to Tory cuts.

If a mattress is dumped in your back alley and not collected for four days because cuts have reduced the bulky waste removal service to one day a week in your area, would you be more likely to accept the Labour argument that this is the fault of cuts Tory but at least the mattress will be removed at some point this week, or might you be more inclined to listen to the independent councillor who says this is the fault of the Labour council and its priorities? No Big Weekend, council house building programme or debate about capital and revenue budgets will counteract the lure of undeliverable promises to tackle everyday frustrations.

Reasons two and three are beyond a local councillor’s ability to resolve: Brexit and Jeremy Corbyn. In his non-apology following the decimation of Labour on the Tees Valley and elsewhere, Jeremy Corbyn told us that “voters have been talking to us about how the Tories’ shambolic handling of Brexit is overshadowing everything else”. As someone who knocked on doors almost every day for during the short campaign, I can state categorically that they are not. They were telling us that Brexit, and everything Brexit-related, is overshadowing almost everything else, and they were telling us they blamed Labour as much as they are blaming the Tories. Semantics about who’s in charge, or which party is doing what in parliament, is irrelevant. The simple fact is that Labour is getting the blame. Local councillors are being punished for Brexit not happening, and because our European policy is vague.

The name “Jeremy Corbyn” came up on a number of occasions, and never positively. “Clown”, “IRA sympathiser” and other insults were thrown at us on the doorstep. Worryingly, these more often than not came from traditional Labour supporters in our former council estates, such as Easterside, Brambles Farm and Thorntree. I personally don’t think Corbyn is any of those things – I voted for him in 2015 – and I used to think these insults were used, much like Brexit, as an excuse by people who might not have voted for us anyway but didn’t want to say that. I’m not so sure now, and the local results certainly suggest that our core voter is disengaged and untrusting of the national leadership. No amount of blaming the “mainstream media”, or posting graphics about how much of a nice guy Corbyn is on Facebook, is going to change that.

What concerns me most of all is that our national response to huge losses in the Tees Valley, in which only one of the five councils that make up the urban conurbation is now led by Labour, is utterly tone deaf. Brexit and local council losses are early warning signals that should be triggering a response at the national party level. Apart from some MPs in the region who are painfully aware that something needs to change, I fear that our region has been written off by the national party an as an anomaly. We have swings in areas that suggest a solid footing to win key marginals, Corbyn told Sky News on May 3rd. But we’re getting a thumping in our so-called heartlands.

On the loss of councillors, Corbyn said: “We will fight and win those seats back and, whenever a general election comes, we are absolutely ready for it.” Are we? There’s no doubt about the commitment and dedication of Labour activists and councillors in Middlesbrough and beyond, yet we are bruised and demoralised. Local Labour councillors – the party’s foot soldiers – paid the price for the systematic failure of the national party to understand and engage with the current realities of its traditional voter base. A loss as hufe as the one we saw earlier this month does not suggest that we are ready for a general election. Nor do the polls.

Four years of progress in Middlesbrough is now at risk of being undone. A council-owned housing company might now lay dormant, office buildings in the centre of Middlesbrough might now be cancelled, our Community Action Fund – putting funds into our most “at-need” communities – might now be under threat. Our communities are likely to suffer as result of Labour’s defeat, which was largely the result of things beyond local government control.

Something needs to change. We need to firm up our Brexit response, we need to listen to what our voters are telling us on issues – including our leadership – and not write them off. We need to rethink our strategy on how to engage with our traditional voter base. I do think there will be light at the end of this tunnel, but with the EU election results on their way, I’m not sure we’ll be seeing it soon. 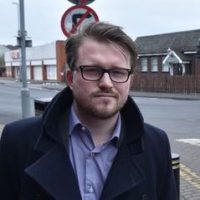 Lewis Young is a Labour activist, adviser to an MP and former Middlesbrough councillor.

View all articles by Lewis Young