When the UN Intergovernmental Panel on Climate Change report was released last year, telling the world that we had just 12 years to keep global temperature rises below 1.5C and limit catastrophic climate change, I was filled with a sense of dread, perhaps worse than others. I had just given birth to my son, and I began to think about the world he’d grow up in. A world in which our life support systems break down – will there be food for him to eat, clean air for him to breathe? I thought of the floods, more regular and more severe, set to devastate my home county of Somerset.

But I know this isn’t just about my son. When Cyclone Idai hit, killing hundreds in Mozambique and tearing apart the lives of millions across southern Africa, I thought about the young mothers and children there, who’d done nothing to cause this crisis but were suffering its terrible impact. I resolved to act.

That didn’t mean using fewer plastic straws or reducing my flights. Just 100 companies are responsible for 71% of all historic emissions. Ordinary people like me aren’t to blame for the climate crisis – it’s the fossil fuel companies, the politicians in their pockets, the banks funding them and the economic system that prioritises the profits of the few over the lives and livelihoods of the many. So that’s who I decided to fight.

Yesterday, over one million young people across the world, including tens of thousands across UK towns and cities, took to the streets to demand a better future. By the time my son starts secondary school it’ll be too late. We must act now.

That’s why I’m taking action with my baby at Barclays in Frome, as one of thousands of Momentum supporters occupying and protesting in over 50 Barclays branches, not just in Britain but internationally. We’re transforming our local branch into a children’s play area to remind the bank’s executives just whose futures they are wrecking.

My son isn’t old enough to understand what banks do, but the reality is that they are bankrolling the crisis that is destroying our future.  A recent report by Bank Track found that, since the Paris Accord was signed in 2015, Barclays has funded the fossil fuel industry to the tune of $85bn. More broadly, banks are projected to invest $14 trillion in fossil fuel infrastructure over the next twenty years – without this money, the ecocidal fossil fuel industry couldn’t survive.

Alongside the small matter of pushing us over the climate cliff, Barclays is making itself actively complicit in crimes against oppressed peoples across the world. At its AGM this year, a 22-year-old activist from the Tsleil-Waututh nation, Ocean Hyland, asked the company to stop financing a Canadian tar-sands project which will destroy the lands her people live on. They didn’t listen.

But we can make them listen. In 2017, following hundreds of creative direct actions across the country by student campaign group People & Planet, Barclays’ chairman informed its shareholders it would stop funding fracking company Third Energy, which was drilling in Ryedale, North Yorkshire, against the wishes of local communities. We can do the same for fossil fuels. Together, we have the power to bankrupt climate change.

In 2008, when the financial system came crashing down, we realised that banks had been serving their own bottom lines, and not society. Since then, nothing has changed: a system predicated on profit, not people, lives on. A radical Labour government envisages something different: a National Investment Bank and regional development banks, investing hundreds of billions of pounds in a green industrial revolution and infrastructure upgrades across the whole of the UK. Finance should serve the interests of the people, not the interests of the bankers.

This will form part of a huge and ambitious programme to decarbonise our country and make it work for the many, not the few. Earlier this month, Momentum backed a radical and socialist Green New Deal put forward by a Labour campaign group. It aims to kick off a massive programme of state investment and regulation to reach zero carbon by 2030 and build a society run by and for the many in the process, from cheap and high-speed transport to democratically controlled energy to millions of good, green, unionised jobs as part of a just transition. It envisages a society I want my son to grow up in. And it is a firmly internationalist vision, supporting the Global South, welcoming migrants and tackling racism within our society.

Labour can tackle the climate crisis and transform our economy at the same time. But we cannot simply wait for a just society to be handed down to us from above. As John McDonnell has said, “we need to build a movement of working-class people who can take on the banks and force them to stop funding climate change”. If we want a liveable future for our children, we have to fight for it ourselves. 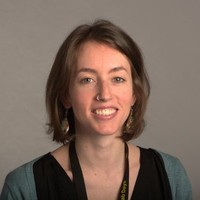 Kitty Webster is an activist in Frome.

View all articles by Kitty Webster