Conflict-related sexual violence is one of the most shocking human rights abuses in the world, targeting some of the most vulnerable women and girls in society. Tens of thousands of women and girls are victims of sexual violence in conflict situations every year according to UN reports, and with social and cultural stigmas against survivors and limited access to reporting channels the true figure is estimated to be much higher.

In 2018, systemic and widespread sexual violence was found in 19 conflicted countries, often perpetrated by state, local and foreign forces. Women in conflict zones are targeted as a result of their vulnerable position within these environments. Forced displacement, increased poverty and a breakdown in social structures as a result of violent conflict exposes them to sexual violence and exploitation.

Women and girls are around ten times more likely to suffer from sexual violence in conflicts than men and boys. As well as the use of rape as a weapon of war, conflicts also fuel networks and practices of forced marriages and pregnancies, sex-for-aid abuses, sexual slavery and female genital mutilation.

Across Europe and more broadly, we are witnessing the rise of right-wing extremist groups and figures being elected to positions of power. In the UK, UKIP’s manifesto calls for eradicating legislation that protects women from violence and discrimination, whilst a growing number of Conservative and right-wing politicians push anti-migrant rhetoric linked to a rise in violence against Muslim and BAME women in the UK.

In the immediate aftermath of the 2016 EU referendum, anti-Muslim attacks rose 475%, with women specifically targeted. Since the Brexit vote, sexual violence and abuse has also risen significantly, with migrant and BAME women disproportionately affected.

The EU currently provides protection for female victims of sex trafficking and rights for victims of gender-based violence. In Wales we are fortunate to live in a non-conflict nation, however, violence against women and girls is still pervasive. Welsh Women’s Aid reports that in 2016/2017 close to 15,000 survivors were supported by specialist services in Wales. The Welsh government commitment to ending violence against women is a great step, but more needs to be done holistically and globally.

We must enhance gender-mainstreaming efforts in our foreign and development policies, and push for greater support for women’s access to reporting and justice measures through charity and peace-keeping work.

I am also committed to ensuring we push for a UN convention to end violence against women and girls globally. UN resolutions on ending sexual violence in conflict – like resolution 1325 on women, peace and security, adopted unanimously by the UN Security Council in 2000 – can make a crucial difference. We must support and implement them wholeheartedly.

In my role as a Labour MEP for Wales, I will tirelessly challenge this resistance and push for stronger and more ambitious legislation to protect women from gender-based violence and exploitation. 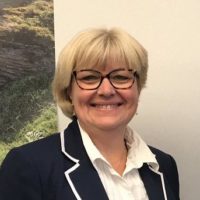 View all articles by Jackie Jones