Conservative MPs know Boris Johnson’s true character. They know he’s lazy, a liar, a fraud and incompetent. But even though most of them don’t want Johnson to be the next Prime Minister, they will probably put him on the ballot paper because they believe he’s popular. Make no mistake, this will be an act of pure party political self-interest: party before country.

Labour members seem to agree that Johnson would boost the Conservative Party’s electoral chances. Almost half of respondents to a recent LabourList survey said that he would be the most difficult candidate (out of a possible 18) for Jeremy Corbyn to beat in a general election.

As a Labour member of the London Assembly, I spent four years questioning and campaigning against Boris Johnson when he was mayor. I’m not going to lie and say he is going to be an easy opponent for us – but he is beatable. Here are five things that I have found work when campaigning against Johnson.

Boris Johnson is fundamentally lazy. During most of the monthly Mayor’s Question Time sessions at City Hall, it was notable that he was not on top of his brief. Johnson favours the big picture – the key way to catch him out is to laser in on the detail. You have to ask any question four, five or even more times to even get close to something that resembles an answer. When I was campaigning against the Garden Bridge project, the only way we won was by pressing him over and over again on the detail, in the chamber, and in the media.

2. Show what things mean in practice.

Johnson loves to showboat and he absolutely loves a vanity project. He loves to paint a picture of the sunny uplands, which we could all get to if only the British people would follow him. But the reality never matches the sales pitch.

To beat him, all of us as Labour activists will need to show the public the cost of his policies and vanity projects for them personally. In London he bought and refurbished water cannons for over £320,000 supposedly to keep us safe – they ended up being sold for scrap at a fraction of the purchase price. He promised us a new landmark Garden Bridge that would be entirely privately funded – it ended up costing taxpayers £43m before being cancelled. His cable car would be privately funded too, he told us, but in the end he had to take European Union funding to build it – oh, the irony!

Part of Johnson’s appeal is his relentless positivity. The key for Labour is showing people that he’s a con-artist, but without us seeming negative and po-faced. On an unrelated note, I’ve got a monorail to sell you…

Johnson is vain to his core. His personal brand is based on appearing as if nothing fazes him, he is incredibly thin-skinned. When his buttons are pressed, he loses his temper and starts screaming and shouting. We saw this regularly in the London Assembly during Mayor’s Question Time.

This can be used to great effect in PMQs and when debating him on the telly. He particularly hates it when he loses the crowd, so if you can tell a joke at his expense that lands with the audience it’s guaranteed to rile him.

4. Don’t let him distract you.

Johnson is a master obfuscator. His blustering demeanour is deliberately calculated to throw you off. This can make holding him to account very difficult. He never answers the question and he has a habit of doing something ridiculous to grab the attention of the media – be that bringing a brick to his conference speech or calling Britain a colony of the EU. He’ll also try to win the room over by cracking a joke. Don’t fall for it. Don’t get distracted. Stay focused.

Yesterday Boris Johnson couldn’t explain why he’d signed a Mayoral Decision which watered down conditions the Garden Bridge Trust had to meet to receive more taxpayer cash. As ever he’s full of bombast until he’s backed into a corner, when he suffers a convenient bout of amnesia pic.twitter.com/7Lt4NiZPrc

Labour’s strength has always been our people. Johnson and the Tories may have their big money donors and friends in the press but we have organisers and activists up and down the UK. If the idea of Boris Johnson in 10 Downing Street fills you with dread, go door-knocking for your local Labour candidate and encourage your friends to do the same. 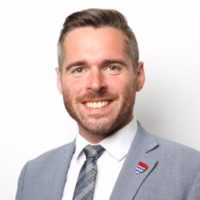