Labour’s civil society strategy, launched today, is part of a radical shift of power to the people. We are exploring new ways to decentralise public ownership and investment, and to democratise the economy. The best protection against the rich and powerful capturing the political system is to make sure people have the power to make the system work for themselves. But a Labour government can’t make lasting change alone – it must work hand in hand with empowered communities and civil society.

Power exists in our communities, but people can’t exercise it if they are atomised and isolated. They need institutions they own, control and trust to allow them to use power. Those institutions are civil society. By weakening civil society – as this government has done – they have entrenched inequality and damaged democracy because they have prevented the less powerful from participating. By strengthening civil society – as Labour will do – we will give people the tools they need to come together to tackle the challenges in their lives.

The political philosopher Roberto Unger talks about the creation of a ‘high energy democracy, promoting… an independent and empowered civil society’ to achieve new levels of participation, promoting social solidarity and co-operation, and opening up the space for people to negotiate for the common good.

There is a growing global movement finding ways to deepen democracy through mass participation, but the Conservatives have locked Britain out of it. Labour wants to open up our system to this change, and we believe a stronger civil society is a necessary part of that.

The Conservatives have weakened the legal foundations that guarantee civil society’s independence. Labour will repeal the Lobbying Act that prevents charities from speaking out about the failures they find and we will ban the gagging clauses attached to government contracts and grants. We will introduce a new Community Empowerment Charter, based in law, which guarantees civil society organisations’ right to campaign and creates new rights for their involvement in public decision making.

After the Conservatives shut down hundreds of libraries, youth and community centres, we will create a new Public Right to Space and allow communities to take over neglected buildings so they can run activities in them. Our new Community Innovation Fund, paid for by dormant assets, will help fund those activities. The example of Every One Every Day in Barking and Dagenham offers a model for just how powerful this can be in reconnecting local communities and unlocking their creativity.

We will move away from contracting out services and increase grant funding so smaller local charities that are often more agile and accountable can play a bigger role. We will future-proof services against privatisation by a future Conservative government by giving service users new rights to control how those services are run. And we will open up public sector and other platforms to community organisations. This will cut costs for community-led services and stop private corporations pricing them out of the market.

The digital revolution offers exciting new opportunities to increase public participation, but the government is not doing enough to harness new technology for the public good. We can learn from examples like Decide Madrid, where citizens of the Spanish capital can propose and vote on new local laws and budgets, or Taiwan where digital technology has opened up spaces where people with competing demands can negotiate for the common good.

Labour’s civil society strategy is about tackling the inequality of power in our country, and rebalancing the relationship between citizens and the state. A strong, independent and properly resourced civil society is a fundamental component of the participative democracy Labour wants to create. 21st-century socialism is about opening up power to the many not the few, and civil society will be at the heart of that transformation. 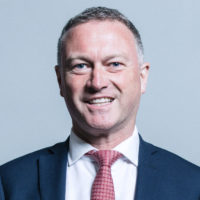 Steve Reed is MP for Croydon North and shadow minister for civil society.