Jeremy Corbyn employed his best PMQs strategy today: he focussed on one important issue and kept hammering away until the Prime Minister either answered the question or dismissed it in an obviously insensitive way. Following the two-year anniversary of the Grenfell Tower fire, the Labour leader chose to press Theresa May on the government’s response to the avoidable tragedy. MPs have a “duty” to ensure such a fatal event can “never happen again”, he said. Why, then, do more than 300 high-rise buildings still have the same Grenfell-style cladding?

This fact alone cuts through any bluster in the parliamentary chamber. It almost didn’t matter how the PM replied – the reality of the situation, which ensures so many lives continue to be in danger even after 72 people died in June 2017, speaks for itself. But her answer did matter, because it was unnecessarily and extraordinarily callous. First, May noted that she was pleased to hold a reception for the Grenfell community in Number 10 yesterday. Then, referring to Emily Thornberry being replaced by Rebecca Long-Bailey as Corbyn’s stand-in at PMQs earlier this month, she said: “I am pleased to see the Shadow Foreign Secretary back from her re-education camp of a few weeks ago.” That’s right: when asked about Grenfell, the PM made a dig about Labour infighting. 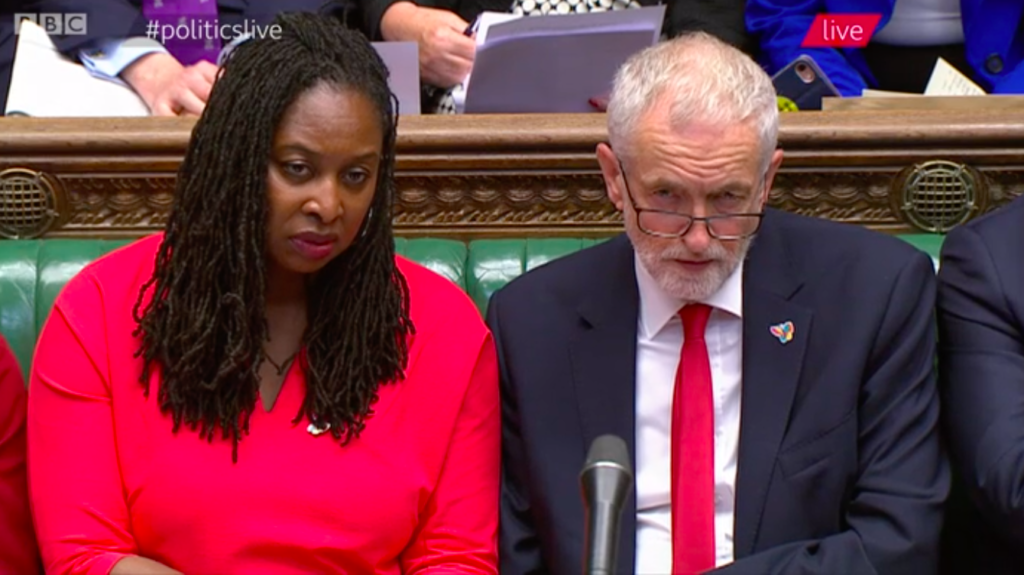 When May turned to defending her record on safety in tower blocks across the country, she pointed to the public inquiry that was set up and the Hackitt review. Only at the end of the session did she express some feeling and convey an impression of sincerely wanting to act, saying of the Grenfell survivors: “Their pain is indeed great. It will never go away.” And of the remedies, she argued: “It isn’t just about buildings and cladding. It’s about support for the local community, it’s about mental health services.” Unfortunately, the government – as well as making incredibly slow progress on the safety of buildings – has failed to sufficiently provide those other forms of support, and continues to ignore the far-reaching impact of the fire in 2017.

Anyone who has had access to an MP’s inbox knows that many constituents in high-rises feel scared before going to sleep at night, and there’s tens of thousands of them. They are difficult to reassure at advice surgeries when the government declines to take crucial measures with the required sense of urgency – as shown when the PM refused to agree with Corbyn’s suggestions of issuing fines to tower block landlords who refuse to carry out works and, as a last resort, confiscating blocks. This administration has only just accepted the need to fund the replacement of cladding on private residential blocks – a move that activists have been telling ministers is necessary for some time. And the promised funding for that? Not yet available. Theresa May’s legacy was laid bare today, and every Tory MP more interested in the ongoing leadership contest should feel shame.