The backdrop of the current Brexit impasse is a crisis of democracy in the UK. But in it there is a huge opportunity for the next Labour government to give power to the many by overhauling Westminster’s broken, centralised structures. The need for wholesale renewal of our democracy is more urgent than ever. That’s why the Electoral Reform Society have set out a vision for a democracy for the many in a submission to Labour’s national policy forum.

Our broken Westminster system is at the root of most of the problems we see in politics today, from the lack of trust in our institutions to political polarisation. For too long, our political structure has been for the few, by the few. With millions of voices excluded from the conversation, the interests and concerns of the UK’s nations and areas outside of London have been pushed to the margins.

Westminster is propped up by a majoritarian and dysfunctional first-past-the-post (FPTP) electoral system that is increasingly failing on its own terms. FPTP has been pushed to its limit and in two of the last three general elections has failed to deliver majority governments, much less stability.

Recent polls show that if an election were held now it would be an unprecedentedly close race between four parties, meaning a few percentage points up or down could be the difference between a party becoming the largest in parliament or ending up with only a handful of MPs. Labour must commit to scrapping this broken system and back a fair, proportional electoral system where seats match votes and the views of the public are properly represented.

New research by the Sutton Trust and the Social Mobility Commission has shown that we still live in a society where power is held by a narrow few – and nowhere is a narrow establishment background more prevalent than in the House of Lords. As it stands, 57% of members of the second chamber were privately educated. Not only is this grossly unrepresentative of the wider public, the figure is actually going up as successive governments continue to appoint unaccountable peers unrepresentative of the general population.

No amount of tweaking its size can cover for the fact that it fails on almost all democratic principles. 20 years after Labour reformed the House of Lords, removing all but 92 of the unelected hereditary peers, it very much remains unfinished business. By reforming the House of Lords, we can take a vital first step in improving the health of our democracy. A reformed house, democratically elected, could provide fair and equal representation of the UK’s nations and localities – particularly important in this post-Brexit era.

The ERS propose a second chamber elected on a territorial basis to serve as a forum in which the four nations can work together in the 21st century. This is not a radical proposal: there has been consistent and high levels of public support for reforming the House of Lords for nearly two decades. It is now time for any future Labour government to commit to delivering this reform as a priority.

But politics must be done by the many, not just for them. Power and a clear voice for voters cannot be achieved without bringing politics closer to people, meaning bottom-up citizen involvement is necessary to ensure the legitimacy our democratic institutions.

Forms of deliberative democracy, especially citizens’ assemblies and constitutional conventions, are being used more frequently around the world as a way of providing for citizen input in the policy making process. These ideas have well and truly entered the mainstream now as an inspiring method for deepening and aiding democratic processes – bringing people together to hear each other’s views and creating opportunities for them to influence politics.

These processes should be used to help us examine some of the difficult constitutional questions facing the UK today. People should be involved throughout the decision-making process, not just at election time. Multiple entry points for democratic participation should be created at different levels to address local policy issues.

The movement for change is growing within the Labour Party. This August, Jon Trickett MP will speak at Politics for the Many’s This Is What Democracy Looks Like conference in Manchester – marking 200 years since the Peterloo Massacre, which saw many die fighting to a say in our politics – to make the call for a better democracy. It’s crucial that we respond to the ‘hollowing out’ of our democracy that we’ve seen over the past decade. Labour can, and must, lead the way to create a politics fit for the 21st century and deliver a revitalised democracy for the many, not the few. 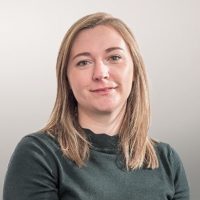 Jess Blair is director of the Electoral Reform Society Cymru.

View all articles by Jess Blair