Growing up in Vauxhall, it was important to have role models that I could look up to and try to emulate. Although there wasn’t always many of them, those that did show the path to success were crucial in shaping my future and where I am today.

It was these experiences that helped inspired my current work with the next generation of children in Vauxhall. By helping to provide educational activities to young people from a diverse range of backgrounds, we hope to raise not only their skills and knowledge, but also their aspirations.

Key to this task is being able to hold up examples of what can be achieved through hard work, determination and enough support. We’ve come a long way in recent years, from Barack Obama to Sadiq Khan showing the way forward. But so far they remain the exception rather than the rule.

In Vauxhall, we have a long, proud tradition of local communities organising to make their voice heard. Sadly, this has not always been converted into positions of political power. In particular, BAME men remain the most unrepresented demographic throughout government. This is true in even the most diverse parts of this country, including London.

We are stuck in a classic chicken-and-egg situation. Without enough BAME figures in politics, it is harder to convince the younger generation, particularly boys, that representing their community is both something they should consider and within their reach. And thus the self-reinforcing cycle continues.

As a party that emphasises empowering the communities within which it is rooted, Labour can – and should – play a role in breaking this pattern. Nowhere is this more vital than places like London, where the Labour Party is uniquely placed to empower BAME communities at every level of government.

The next generation of leaders from ethnic minority backgrounds are not going to appear from nowhere. They must be nurtured and promoted, and then they will help raise up those behind them. 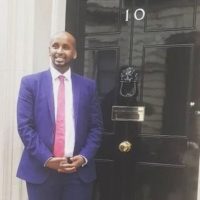 View all articles by Issa Issa