We are two MPs from fairly different parts of the country – one representing a historic cathedral and university city; the other a city with a proud industrial heritage of mining and shipbuilding. When it comes to Brexit, Sunderland voted over 60% to Leave, whereas Canterbury was on a knife edge (51% Leave to 49% Remain).

Despite any differences between the areas we represent, we are united in the belief that what is best for our constituents and for the country is a chance for the public to have the final say in a new EU vote, and for the country to vote for Remain.

We don’t mean to make this sound easy. Our country is divided, and a significant minority of people believe that no deal is the right way forward. We need to think quickly and clearly about how to ensure Remain can win a public vote by a convincing margin, gaining support in Sunderland and Stoke as well as Canterbury and York.

Part of the answer is a positive campaign. Whilst it is possible for negative ideas to win in politics, positive ideas are generally stronger. We want to believe that things are going to get better, and that there is a way for things to get better. A key lesson from the 2016 Remain campaign is that telling people not to vote for something because things will get worse doesn’t really cut it, especially with those who feel like they don’t have much in the first place.

This is absolutely true across the country. Despite the divisions between generations and classes, which Brexit appears to have embodied, there is still more that unites us – and one of those things is our capacity for hope. People who voted Leave, often, are not so different from those who voted Remain in 2016. They want to see hope, because they want to believe that we can make our country better, and that the lives that they are building for themselves and their families can be better. This is something we all know and feel regardless of how we voted in the referendum.

Positive campaigning is particularly important on Brexit, because the other side have laid out a powerful argument for transformative change. We know it isn’t true – but it makes sense to a lot of people looking for change.

The danger is that we are seen as a barrier to change if we simply run a negative campaign – after all, that was one of the main problems with Remain in 2016. Instead of being advocates for change, we became cheerleaders for a status quo that was sorely letting down millions across our country. It’s also hardly surprising that people were not convinced by a Tory Prime Minister arguing for Remain after decades of his own party belittling any benefits brought by the EU.

The idea that Leave is seen as a positive idea of real change is evidenced by the fact that, for many, Leave winning signified the return of hope and optimism. If that sounds overblown, consider research by Hope Not Hate, which found that optimism has consistently been drawn along roughly Brexit lines. Shortly before the referendum in 2016, Remain areas were markedly more optimistic about the future than other parts of the country; by mid-2018, however, they had become the most pessimistic, while Leave areas experienced a surge of optimism about the future over the same period.

The importance of this cannot be overstated. For many, Brexit is seen as a change that has given people hope not just in politics but in their lives. If we are seen as simply trying to stop that, we will likely lose.

To win, the next Remain campaign must take on the ‘hope and change’ mantle. Crafting this message should come naturally to Labour: we are the only party that can offer a ‘remain and reform’ policy programme that delivers real, tangible change. Our MEPs are already working towards this goal in Brussels now. And we are the only party offering not only real change in Europe, but also in Britain, thanks to the transformative programme a new Labour government would deliver.

It is easy to see the Remain campaign repeating the mistakes of 2016 and talking about EU membership in negative terms in the run up to a public vote. If we go into the campaign complaining that the EU is not democratic enough, or is just a neoliberal club, we won’t offer the hope that people need.

Not liking Brexit is easy, and offering a positive agenda for hope is difficult. But we must take up the challenge if we are to have the chance to win and to get our country back on track. There is an optimistic story to be told here, one that can inspire hope and win us EU membership for the future. Let’s tell it.

You can listen to Remain and Reform’s new podcast on winning the next referendum here, featuring Rosie Duffield MP and Bridget Phillipson MP. Remain and Reform is a new campaigns and policy organisation that aims to provide space for discussions on how a progressive and radical Remain and Reform policy can transform the UK and Europe to the benefit of all. 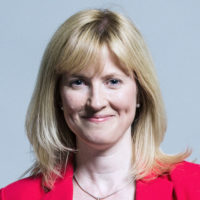 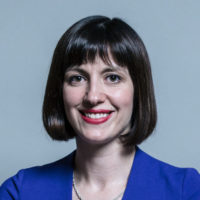 Bridget Phillipson is MP for Houghton and Sunderland South.