“We are now faced with the fact that tomorrow is today. We are confronted with the fierce urgency of now. In this unfolding conundrum of life and history, there is such a thing as being too late.”

These were the words of Martin Luther King more than 50 years ago. If ever they applied to today, it is to the climate emergency. At the House of Commons this afternoon we will be speaking at the parliamentary launch of Labour for a Green New Deal, a grassroots movement with the aim of mobilising the party around an ambitious plan to tackle the climate emergency and a broken economic system at the same time.

It could not be more necessary or urgent. The climate crisis is upon us, threatening lives and the planet, especially the Global South. Yet politics is still behind the curve. The point of today’s event is to set out why a radical Labour government is essential to the solution and why we need a grassroots movement, not simply top-down action. Labour’s role is central because what we have learnt from 30 years of climate struggle is that we cannot succeed unless we put red and green together — equality and climate justice as one.

For too long, the implicit message to those struggling under austerity has been that tackling the climate crisis is about sacrifice and pain, giving no reason for them to believe in or prioritise climate action. We can never build a winning coalition on this basis. And on the other hand, the story about economic justice has neglected the horrific impact climate change is already having on working people across the world – an impact that will only continue to worsen.

This must change. Addressing the climate emergency is the route to economic justice. There is potential for millions of good, green, unionised jobs across our country as part of a mobilisation of labour not seen since World War Two. This is about changing the way we heat our homes, the transport we use, the cars we drive, the way we use land and the design of our towns and cities. It will mean a wholesale transformation of the way we live — for the better. This isn’t just about jobs; it’s about cleaner air, better diets, more leisure time, greener spaces and state of the art low-cost transport. It’s about creating a society we actually want to live in.

Putting the climate crisis and the inequality crisis together also means ensuring a fair way to raise resources to pay for a just transition. We either plan for this transition or we will repeat the mistakes of the past when industrial change was not planned and hurt those who could least afford it. ‘Just transition’ cannot just be a mantra – it must be a practical plan for workers in affected industries, providing green jobs not just at a national level but for every town and every community.

This must be built from the ground up. Only Labour combines ambitious climate politics with the organic links to the trade union movement and mass membership able to argue in every workplace and community across the country for the necessity and potential of a green transformation. Already, the party’s policies under Rebecca Long-Bailey around a Green Industrial Revolution – with 1.75m solar panels to be installed on mostly social and low-income housing – are leading the way. We must build on this success.

Likewise, Labour must live up to its internationalist values and support those on the frontline of climate breakdown today. Not only must we support the Global South, which has done least to cause this crisis but is suffering hardest from it, through financing and technology-sharing, but we must also welcome climate refugees displaced from their homes,

Labour values are fundamental to this transition, as is grassroots organising. The movement matters as much as the mission. We need a movement to help spread the word about the damage that the climate crisis could inflict but also the great potential for positive change. We need that movement to galvanise people area by area, and work with Labour local authorities that are already leading the way. And yes, we need that movement to demand that politicians, including Labour politicians, go further, faster. That is what Labour for a GND is all about.

We can often feel like a divided country. Tackling the climate emergency can unite us. Wherever you live, you care about the world you pass on to future generations. But more than that, we can address the demand for jobs and justice heard from so many traditional Labour communities, and the demand for climate justice from so many young people aggrieved by the legacy of climate breakdown they have been saddled with. It can meet the yearning for a different kind of system, one that serves the common good.

We call on Labour activists and members to join Labour for a Green New Deal. Talk to your fellow members and your wider communities about what it can mean. Talk to your Labour councillors. Organise in your workplaces and communities. Be part of the change we know our country needs. 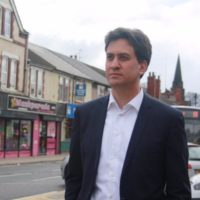 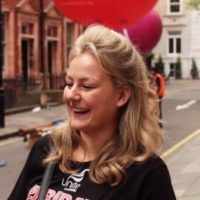