Last week, some courageous families opposed to baseline testing went to the High Court to try to stop the tests altogether. The planned distressing and damaging tests take place in the first six weeks of a new school year for four to five-year-olds.

Disappointingly, the judge decided against granting permission for a hearing to examine in detail whether the government’s decision on baseline testing pilot has been lawful. Despite this upsetting result, these brave parents deserve credit for raising awareness of the potential harm these tests could potentially inflict.

Baseline testing for children who have just started school sounds reasonable. The controversial test is a “20-minute check of language and ability to count”, and will provide a snapshot of children’s development when they start school. If it were as easy as taking their temperature, or just like “checking teeth or eyesight” as the Department for Education have claimed, I am sure more parents would be keen.

The government plans to pilot baseline assessment (BRA) this September and eventually roll them out in England in 2020, to 10,000 schools. That is about half of the primary schools in England.

Starting school can be bewildering for some children but staff create a friendly, welcoming environment. And yet the government wants to pull teachers away from this work in order to carry out the one-to-one baseline tests in the first six weeks of schooling.

These tests are unethical, unreliable, unnecessary and ideologically driven. Any possible gain is far outweighed by the damage that taking these tests does to all who are involved – teachers, parents, school leaders and most importantly, the children themselves.

Colleagues tell me that the tests take at least three times as long to administer. There is also fury and disbelief that the government is pushing ahead when there is zero evidence to suggest that it will work.

The first round of baseline tests stopped after the Department of Education was forced to admit that the tests were not comparable and would lead to unreliable results. Why, then, have they reopened plans to conduct the testing with evidence so strongly against?

There is an overwhelming consensus from childhood and education experts from around the world that testing four-year-olds in this way is futile and has the potential to get them off to the worst possible start at school. Labelling children at such a tender age, even if the results were reliable, has the potential to do enormous harm. The most vulnerable children will be the most disadvantaged.

Teachers spend a huge amount of time in reception classes sensitively and thoughtfully assessing their changes – not as a data-driven exercise in order to prove progress but rather to gauge where children are and to work out how they can teach them most effectively. The tests the government are imposing will not be used to inform teaching or to help the children in any way.

On top of the lack of evidence to support the testing is the fact most parents, unless they work in a school, aren’t even aware of these tests. In fact, parents have no legal right to know according to the Department of Education, with schools responsible for informing parents.

I want research-based evidence to direct our schools, not ideological dogma that reduces education to a commercial transaction. Although the High Court challenge was unsuccessful, it represents the fear and strength of feeling from parents, teachers, heads and education experts. It’s time to trust teachers, and for the Education Secretary to start listening. 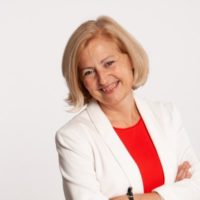 View all articles by Jackie Schneider