The Labour Party has been a part of my family’s DNA for generations. My mother is related to the late Lord Harold Lever, an electric socialist and Labour MP who served under both Harold Wilson and James Callaghan as Chancellor of the Duchy of Lancaster. I followed in his footsteps some 50 years later when I joined Labour and started my first job, canvassing for Ken Livingstone’s London mayoral campaign in 2008.

I graduated two years later and joined Glenda Jackson’s parliamentary campaign, becoming a ground soldier in an intense battle for Hampstead and Kilburn against the Tories. We won by the narrowest margin in the country – just 42 votes. I wore my tribalism like a badge of honour, determined to convert everyone to my party’s view and reject anyone and anything that disagreed with it. To prove my worth, I supported Labour candidates from London to Canada – knocking on a thousand doors and manning the phones for Sadiq Khan before moving to Toronto (Canada) to help run progressive campaigns for city council candidates.

Now, as I take a step back and contrast my passionate political career with today’s depressing political landscape, I cannot help but think I was wrong. I am still a Labour member and I always vote for the party, even doing so in the most recent European elections. But blind party political allegiances have damaged the UK’s policy-making process by reducing spaces for honest debate and cross-party discussion. When our political counterparts become our enemies, debate turns to vitriolic swiping – inspiring the kind of toxicity that has led to sudden outbursts of anger and violence such as the tragic death of MP Jo Cox in 2016 and the appalling treatment of Jess Phillips.

I had become blind to new ideas and beholden to ideology. Grey areas, which should exist naturally in our world views and allow for compromise and collaboration, are now black and white. This is why I find myself spearheading a cross-party political festival, not a Labour Party conference programme. The Big Tent Ideas Festival will welcome over 2,500 people from across the country to help tackle some of the UK’s most pressing political issues on August 31st at Mudchute Farm in East London.

Festival-goers can choose from over 50 sessions, which are held in nine ‘big’ tents, each focused on a specific area of public policy: ‘environment’, ‘politics’, ‘health’, ‘economy, ‘society’, ‘communities’, ‘arts & culture’, ‘global’ and ‘innovation’. It is the only event of its kind where you can see the New Economic Foundation’s chief executive, Miatta Fahnbulleh, debating the future of capitalism with the Institute of Economic Affairs, or the former adviser to Gordon Brown, Ayesha Hazarika, in discussion with former Secretary of State Rory Stewart about the future of British politics. Novara Media‘s Ash Sarkar will feature as a speaker.

It is a physical, real-world, ideological grey area, where people who have wildly different opinions can share their views and develop innovative policy ideas to tackle some of this county’s most acute public policy challenges. Forget about Brexit for a moment – how are we going to tackle knife crime? Are you not worried about how we address poverty? What about debating the future of Artificial Intelligence and the impact it will have on our jobs? Or the rise in urban air pollution? These are the issues people care about, and the only way Labour can win another general election with a majority is by coming out on top in the battle of ideas around these issues.

If the UK’s main political parties do not adapt, we can expect to see a mass exodus of voters who will throw their weight behind those who are not afraid to propose bold policies and challenge the status quo. Whether you are curious, angry or concerned, The Big Tent Ideas Festival welcomes everyone from MPs to people who have never voted. You can simply enjoy the food, drink and entertainment, or take part in discussions and live polling. If you want the Labour Party to help shape these grey areas, come to Mudchute Farm on August 31st and use the discount code ACTIVIST for 20% off. 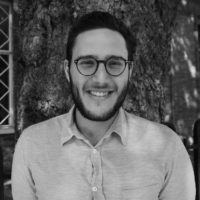 View all articles by Sam Julius