Labour Party members are being kept busy this summer. Campaigning is gearing up now that the new Tory Prime Minister is angling for an early election, and there are just weeks to go before the party conference season. But there is another major issue preoccupying party members: choosing Labour candidates for the 2020 police and crime commissioner elections.

Labour members are voting this summer in different areas of England and Wales to select party candidates for their respective police force areas. It’s a tricky one, though, because Labour has not always been enamoured by the idea of police commissioners. These roles have replaced the old police committees, made of up of nominated councillors who oversaw the actions of the chief constable in their area. The problem with those committees was that most people had never heard of them, nor did they know who was on them or how they scrutinised the police.

There are serious questions to be asked as to whether police commissioners are the right model to adopt. They emerged as one of Theresa May’s very first policies as Home Secretary at the start of the decade, and the idea bore resemblance to police governance structures in the United States. But does this model work for the UK? There is a scrutiny panel that oversees the work of a PCC, but nonetheless it was asked: should so much power be held by one individual?

Should policing even be politicised, especially with the rise of extremist parties? There is a divide between the strategic role of the PCC – who oversees the police and is responsible for helping to prevent crime and supporting crime victims – and the operational policing role of the chief constable. However, there is fear of the creeping politicisation of the police, and it’s a concern shared by many Labour members. But when Labour under Ed Miliband’s leadership proposed to abolish Police and Crime Commissioners, it was unclear what would replace them. Robust scrutiny of the police was needed but the re-introduction of the obscure police committees was clearly not the answer.

For most of us, the issue of policing is more direct than all of this. Concerns about violent crime has gone up, and Tory cuts have led to a cut in police officer numbers. The Office for National Statistics recorded 1.4 million violence against the person offences in the year ending March 2018. This was an increase of 19% compared with the year ending March 2017 (1,170,390 offences).

Boris Johnson and Sajid Javid apparently now see the benefits of increasing police officer numbers, after having voted for cut after cut in police budgets. In reality, however, it will be down to the new Labour PCCs elected in May 2020 to deal with the legacy of Tory cuts and take action that will reduce violent crime.

With that in mind, what are some of the key policies that the Labour PCCs should adopt? I would suggest that their key objectives should include:

This last policy is critical. In too many communities there remains a reticence, despite the good work of police officers and PCSOs, to pass on critical intelligence to the police. The Tories have not helped by hollowing our neighbourhood policing teams. PCCs must devolve powers and responsibilities to local communities to get the partnerships we really need to crack down on crime.

The lack of opportunities for young people also needs to be addressed. That is not to excuse criminal behaviour in any way. But we must avoid double standards, such as when Tory newspapers minimise alleged Bullingdon Club antics, including vandalism, as youthful exuberance whilst working-class young people who commit similar crimes are condemned without mercy.

We need to protect people from crime, but also give other people a route out of crime. That is why Labour PCCs must be the catalyst for change – working with councils and other agencies to get the support and services that our young people need and deserve. There are a number who have been exemplary in serving communities. Vera Baird’s work in Northumbria, enhancing services for victims of crime and doubling down against domestic violence, is an impressive legacy.

Going forward, Labour PCCs will have two additional challenges that predecessors did not face. Under a fresh right-wing government, there may be a renewed push for outsourcing. This must be resisted. The last thing we need is demoralised police officers, PCSOs and police staff more fearful about their terms and conditions when the focus should be entirely on the fight against crime. The idea of G4S replacing detectives, which was mooted some years ago by Surrey and West Midlands police forces, must be kept in the realms of satire.

Second, with Johnson pushing for a no deal Brexit, a leaked Whitehall document has referred to the risk of civil unrest. These warnings should not be ignored, and it will be the new generation of Labour PCCs who could be dealing with this crisis early on in their tenures. Whilst we decide as a party what is the best form of police governance, we need to ensure that Labour police commissioners are prepared for upcoming challenges. That is why the choices of Labour members selecting their local candidates this summer will have profound consequences for the years ahead.

This article was written in a personal capacity. 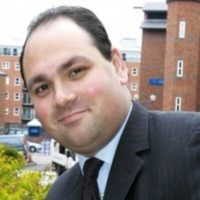 View all articles by James Watkins