Yet again Sheffield Hallam MP, Jared O’Mara, has been in the news following claims of inappropriate behaviour by his former staff. This has led to much speculation, and some misinformation, around what led to his selection. To some degree, the events are now history, but it is vital that the party does not in any way repeat what happened here in Sheffield in May 2017.

As the then chair of Sheffield Hallam Labour, neither myself nor anyone else from the local party had a formal role in the selection process. This is normal in the case of a snap election or a by-election, where Labour’s national executive committee (NEC) takes full control of the selection process.

Nonetheless, it is still expected that either regional office or NEC panel members would discuss the process with the local party, so that local issues and other relevant information can come to light. In this instance, there was insufficient communication with Sheffield Hallam CLP, and Jared O’Mara did not inform us of his intention to stand – the only candidate in this selection that made no contact with the local party.

This is a shame as Jared was known to us, having stood locally a few years before, and we could have been a bit better prepared for what was to follow. As it was, this was one of the last selections made in the whole country so campaigning had already begun but there was nothing in place to support a candidate with a disability.

The details of what took place at the actual selection hearing, when and who was there, matter less than this core principle. The party should be selecting with integrity. If we want to encourage more candidates with disabilities, we have to put in place appropriate support mechanisms. It is not appropriate or fair to throw a candidate in at the deep end (which is what happens with a by-election or snap election) without making an assessment and review of needs. To throw someone like Jared into a general election campaign without taking account of his needs and fragilities was cavalier and highly irresponsible.

In the end, everyone loses – and indeed everyone has lost. Jared has probably had two years of hell. Hallam activists (some of whom have campaigned for 50 years to get a Labour MP) are angry, demotivated or both. Our enthusiastic newer members see their campaigning efforts wasted. Our constituency is deprived of a functioning MP, with casework not being undertaken. And probably a crucial Labour gain is lost for some time.

It did not have to be like this. The party would have received his application and CV but that was not passed on to the local party, which only found out about his intention to stand after he had been selected. This smacks of all the worst bits of parachuting candidates into seats, which was a key feature of the Noughties.

Another snap election looks imminent. A number of us who were on the executive of Sheffield Hallam CLP in 2017 have now written to the NEC and regional party regarding this selection. We have asked that these issues be addressed to avoid repeating serious failures, and that more robust procedures put in place, including local party involvement (even with snap selections). The health and well being of candidates must be at the forefront, and the health and wellbeing of local parties. Sadly both are diminished with this experience.

In response to this comment piece, a Labour Party spokesperson said: “When Theresa May announced that there would be a snap general election in 2017, the Labour Party had to immediately select 630 parliamentary candidates. There was regular communication between the regional office and Sheffield Hallam CLP during this process.

“The Labour Party has already held democratic selections in over 100 key marginal constituencies. Candidates have never before been selected ahead of a snap election. We’re ready to fight a general election whenever it comes, when voters in Sheffield Hallam will have the chance to elect a Labour MP in our excellent candidate, Olivia Blake.” 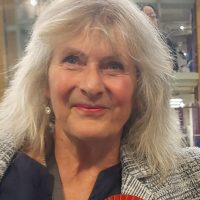 Jane Thomas is a former chair of Sheffield Hallam CLP. She has been a member of Labour's national policy forum and the party’s Yorkshire regional board.

View all articles by Jane Thomas