Today was the last day. I had a relatively quiet night on Tuesday – there are fewer events, so unless you can bring yourself to go to the Labour Students disco, it’s time for a relaxed drink in the pub. This meant that I woke up in a much more productive mood. Cleaning my Airbnb and dumping my luggage at the left luggage room, I walked into the hall ready for action. It was the day for important motions on immigration, mental health provision, housing and homelessness, so I was ready to change the world.

Unfortunately, some had other ideas. After days of conference, they were exhausted. When I got to the hall, I found more empty chairs than filled ones. Tempted to lean back à la Jacob Rees-Mogg, I settled down for what has now become an integral part of my morning routine: references back.

Today, none of them had particular reference to the day’s business, but were instead suggestions for changes next year. After a while, the chair grew bored of this and reminded delegates that there are plenty of ways to give feedback.

When the debate began – a continuation of the aborted discussion from yesterday – I realised that I was not quite as awake as I had thought. Popping out for a coffee, I was met with the most outrageous experience of my whole conference: one of the coffee shops had no coffee, and another didn’t do mochas. On my third try, I got my caffeine fix.

The morning had a set of great speeches in support of motions that push our party further but met with little opposition. Particular mention goes to Morgan Paulett, speaking in favour of a motion to improve mental health provisions. He brought the room to their feet and tears to my eyes as he bravely revealed that he had attempted to take his own life, and that his family and friends would be finding out about this through his speech.

Passing important motions felt really good after the other day, especially as they were almost exclusively unanimous. And then, without much fanfare, conference was over. It felt very very odd not to be finishing with the leader’s address, which was brought forward due to the un-proroguing of parliament and took place on Tuesday.

I headed to the station. I chatted with a friend on the train, debriefing a bit about how conference had gone, but not quite believing that I wouldn’t be sitting in that hall again tomorrow. I got off the train, walked home and finally appreciated that it was over.

Overall, what did I think? It was definitely empowering to be involved in decisions, the policies we came out with were great, and the fringe events were fascinating, showing that there’s been a growth in the intellectual and moral strength of our movement over the last few years. But I think I’ve come out of conference feeling worse about our party than before it. I’m on the left of the party, I voted for Jeremy Corbyn twice, and yet the level of cultishness and lack of engagement with policy or nuance from many delegates is alarming.

I don’t expect normal members to know everything, but delegates should not be basing their votes purely on text messages or sheets of paper. The level of transphobia and antisemitism was also difficult to see, and must be horrendous to endure for our trans and Jewish comrades. Do I still love the party? Yes. Do I look forward to a Labour government? Yes. Do I think that people should go to conference? Yes, it’ll be enlightening for you. Do I think that it’ll be a positive experience? Not necessarily. Comrades, we need to do better. 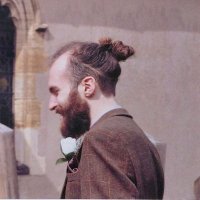