Democratising the party has for decades been a demand of the Labour left. The promise of empowering Labour members was also at the core of Jeremy Corbyn’s leadership bid. Although democratic ideals have proven more difficult to implement when in charge, four years into Corbyn’s leadership and we are now beginning to see movement in the right direction.

This year’s Labour conference will be a day longer than we are used to, and delegates will have the chance to debate twenty different topics – up from ten in previous years. The Blair-era “contemporary” requirement for motions has also been abolished, making the process of submitting proposals significantly easier.

As a result, an impressive 400 CLPs have submitted motions to this year’s conference. But it’s not just the number of submissions that’s worth noting – it’s the scope of their ambition too. 128 constituency parties have sent in a motion calling for a Green New Deal – a commitment to a zero carbon target by 2030, combined with large-scale investment in green jobs, public transport and universal public services. Proposals have also been received calling for a four-day working week, to place all academies and private schools under local authority control, to scrap all measures criminalising rough sleeping, to defend freedom of movement, and to radically expand migrants’ rights and abolish all detention centres.

Then there is the inevitable Brexit debate. Of the 90 motions submitted on the topic, the most popular is the one promoted by Another Europe is Possible, Open Labour, Labour for a Socialist Europe and the Love Socialism group of MPs. It calls on Labour back Remain in all circumstances and adopt a socialist programme for transforming Europe. As a delegate for Bethnal Green & Bow, a constituency party that passed the motion, I will be part of the process to decide Labour’s Brexit policy at conference.

These motions are not just rubber-stamping announcements already made by the leadership – they go well beyond Labour’s current policy. Members are finally taking matters into their own hands and setting the agenda. Soon, we are to find out how the party machine responds. If these motions pass and form our programme in the upcoming general election, we could be on the verge of an historic moment. The 2017 manifesto broadened the idea of what is politically possible, but the 2019 (or 2020) manifesto has the potential to achieve even more. A bold economic programme that addresses the major challenges of our times from climate to homelessness, combined with an uncompromising internationalism, could be a blueprint for the left across Europe.

It could be a recipe for victory, too. Two years ago, the key to Corbyn’s success was a thousands-strong doorstep army, inspired by Labour’s exciting policies and vision. The momentum has waned since, with too many Labour members becoming demoralised by our party’s ambiguity on Brexit. Many of our voters, especially younger ones, have turned towards more explicitly pro-Remain parties. A radical manifesto written by members could reignite the enthusiasm, bring back lots of voters and win new ones.

The Corbyn project emerged from the street movements – from the anti-war protests of the 2000s to the anti-austerity demonstrations of the early 2010s. Now, Corbyn’s Labour has a chance to tap into our current mass movements – from the climate strikes that see thousands of young people take to the streets to the anti-Brexit marches, which are gathering the biggest crowds Britain has seen this decade. Labour can become the obvious choice for thousands of newly politicised voters, but only if we let the grassroots take control.

This conference will be, as it is already proving, a big test for Labour and for the Corbyn project. Are we ready to practice what we preach and let our members push policy in a more radical direction? Or will we run scared of the risk and offer our members more fudge and triangulation? We will soon find out. 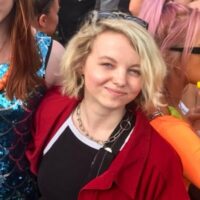 View all articles by Eloise Harris