You don’t have to look far to find hundreds of stories of people suffering because of the unmitigated disaster of Universal Credit. Single-mum Lauren and her baby who went without food, or Kirsty who had to walk 13 miles to and from work because she couldn’t afford the bus fare, or Philip who tragically committed suicide earlier this year while waiting for a Universal Credit payment.

Over half of the people claiming Universal Credit are going without food and losing sleep over fears about their finances, according to Citizens Advice, and the demand for food banks has surged in areas where families have been relying on the Universal Credit system the longest. Some women are even taking up sex work to make ends meet.

Yet the government has refused to back down; instead, they stand by as more and more families are pushed into poverty and hunger. In an act of profound neglect, this uncaring government is pressing ahead with the roll out Universal Credit. This is despite the DWP’s own research that shows that nearly eight out of ten of those moving to Universal Credit are struggling with their bills. The government cannot claim ignorance. This is a crisis of their own making, and they must know that people are suffering.

The Tories aren’t going to back down on this, but I am proud that the next Labour government will scrap Universal Credit and replace it with a social security system designed to end poverty, based on principles of dignity and universalism. The next Labour government will take action immediately and end the worst aspects of Universal Credit and abolish the two-child limit, which under the Tories is set to push up to 300,000 more children into poverty by 2024, and end the five-week wait.

According to the Trussell Trust, people are being forced to rely on food banks as a direct result of this delay. Under the Tories, we have seen people pushed into rent arrears and debt, many turning to loan sharks to survive. Labour will abolish the five-week wait and introduce an interim payment after two weeks, based on half an estimated monthly entitlement.

Labour will immediately suspend the Tories’ punitive sanctions regime that has eroded trust in the social security system and people’s right to support. Instead, we’ll replace it with a new system that emphasises tailored support, rather than meting out rigid requirements and punishments when they are not met.

It is shameful that we have a government that allows our citizens to go hungry when we are one of the richest countries in the world. It is shocking that, in the face of all the evidence, the government refuses to back down on this fiasco. Labour will do things differently. We will rebuild a just social security so that it is there for any one of us in our time of need. 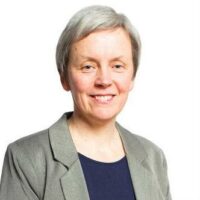 Margaret Greenwood is MP for Wirral West and Shadow Secretary of State for Work and Pensions.

View all articles by Margaret Greenwood