Alongside promising to overhaul Universal Credit, Jeremy Corbyn’s announcement on social security last weekend signalled a broader commitment to changing the culture – and name – of the Department for Work and Pensions.

Earlier this year, I wrote a paper for the think tank Demos about the 18 months I spent on secondment at the DWP advising on mental health. My conclusion from that time was that deep-rooted cultural problems in the department meant it was incapable of effectively supporting the huge numbers of people with more complex life circumstances, such as mental health problems, disabilities, drug addiction, or homelessness.

So I welcome Labour’s focus on tackling the underlying culture of the DWP, as well as the worst of its policies – but I fear the party may be underestimating just how difficult this will be to achieve.

For all its talk of providing employment support, the DWP is first and foremost about benefits administration. Because of the pittance people receive as a basic rate of benefit when they find themselves unemployed, those who are able to find work tend to do so fairly quickly. For those with health problems or a disability, or other complicating circumstances, the DWP has a very poor record of supporting people into work. Their own evidence shows that, for these groups, the critical factor is the ability to build a trusting relationship – if people don’t want to engage with the support on offer, it won’t work.

The DWP sees people first and foremost as ‘benefit claimants’ and believes the threat of withdrawing benefits is their main tool for encouraging steps towards work. But DWP staff cannot police the system and build trusting, supportive relationships at the same time. Labour has committed to “suspending the punitive sanctions regime”, but distrust of the DWP, particularly among those with more complex needs, is now so entrenched that even abolition of all sanctions won’t be sufficient to encourage people to positively engage with the offer of support into work.

Even if this lack of trust could be overcome, the support on offer from the DWP – primarily in Jobcentres – is often inappropriate and ineffective for people with more complex needs and circumstances. While there’s recognition internally that this support needs to improve, I witnessed how DWP civil servants developing policy in this space struggle to see beyond the Jobcentre model, partly because so many of them previously worked in Jobcentres. Entrenched risk aversion meant that even modest proposals to improve Jobcentre interactions, such as giving someone a cup of tea, never made it beyond initial discussion.

Since finishing up at the DWP, I’ve been training and working as a mental health social worker within the NHS. In this role, I’ve seen first-hand just how disruptive the DWP’s influence is on the lives and potential recovery of people with severe mental health problems. Although there are many problems with health and social care services, they are at least trying to coordinate support to address the range of issues someone is experiencing. Whether it’s reassessing someone’s eligibility for benefits or calling them in for a Jobcentre appointment, the DWP tends to undermine rather than support these efforts.

Health and social care services have historically done too little to support people around employment. But, along with third sector organisations, they often already have the kind of trusting relationships that are needed to do just that. With coordination at a local authority or regional level, these services are also better placed to ensure any focus on employment fits within a broader and more holistic package of support. The DWP, with its hulking infrastructure, centrally controlled in Whitehall, invariably sits alongside rather than within this local ‘ecosystem’.

Labour could attempt to fix these problems, but this would be a long uphill battle, and they may find that many of the issues are actually ‘hard-wired’ into the institution. Instead, as well as renaming the DWP to the Department for Social Security, I’d suggest Labour considers curtailing its brief to focus simply on giving people the money they need to live. The complex task of helping more people into work should be properly resourced within the local ecosystems of support that people already trust and rely on. 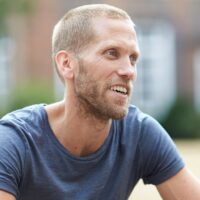 Tom Pollard is a mental health social worker and a policy expert on mental health and social security. He is a Labour member in Streatham.

View all articles by Tom Pollard