MPs on Saturday do not have to choose between these different options, they simply need to decide whether Boris Johnson’s deal offers the best future for their constituents. If it is voted down everything else – a soft Brexit, No Brexit, a decision to decide the final outcome in a referendum, a general election or some other mechanism is still on the table. The EU27 have been clear that a request for an extension would be honoured.

There are five clear reasons why Johnson’s Brexit is not the right choice for Labour areas, our party and the country.

1. Johnson’s Brexit is a hard Brexit.

Johnson’s Brexit would cause significantly more damage to the economy, and hence to lives and livelihoods, than Theresa May’s deal. Where May’s deal kept some alignment with the EU, Johnson’s deal would lead to a much more distant relationship. As Johnson himself put it:

The result is a far deeper loss of income, jobs, industry and business than even May would have contemplated.

2. Johnson is offering no guarantees on workers’ rights, environmental protections or a level playing field.

Labour MPs who want a Brexit deal have consistently said that they would only vote for a deal if it contains cast iron commitments on workers’ rights – a valid attempt to square the circle between Labour’s values and priorities, the referendum result and the politically possible.

Johnson’s deal is not that deal. Instead of a commitment on rights and protections, he has offered only a vague aspiration in the non-binding political declaration. Even if a commitment was writing into UK law – which this does not do – any future government could undo it.

3. There is a risk to peace in Northern Ireland and the future of the Union.

May’s backstop protected peace in Northern Ireland. It ensured that there would never be a hard border, and that the Good Friday Agreement would continue unharmed and unchanged.

Johnson’s deal does not offer the same guarantees. Stormont’s ability to end Northern Ireland’s participation in the EU customs union and single market means that a hard border could be put back in place in as little as four years.

If the deal lasts, Northern Ireland would be semi divorced from the rest of the UK. A hard border down the Irish Sea ends the integrity of the UK – not temporarily as a backstop would have done, but permanently.

4. What does this mean for Labour?

Our country desperately needs a Labour government. If Labour opposes Brexit, we win vote share and seats. If we facilitate Brexit, even a soft form, we lose both. An ICM marginal seat poll recently showed what could be at stake. The poll looked at election outcomes in Labour’s 21 most marginal held seats.

With Labour supporting Remain, we kept all 21. With Labour supporting any kind of Brexit we lost 20 of the 21 seats. The story was the same in each one – the Remain vote splintered between us, the Lib Dems and the Greens, allowing the Tories to win the seat on the same or even a reduced vote share. Voting for this deal will make it far harder for Labour MPs and candidates to win in a general election.

The ERG is willing to vote for Johnson’s deal because they believe that it could get them to no deal. There are two ways that could happen.

First, if the deal goes through, the ERG could refuse to pass the legislation. The Benn Act would no longer apply, and no deal would be the default on October 31st. (This makes Oliver Letwin’s amendment very important.)

Second, if the deal is passed, the transition period only lasts until the end of 2020, a mere 14 months. It takes on average seven years to negotiate a trade deal. If Johnson’s deal passes we will in all likelihood need extensions beyond 2020. Should parliament not vote for an extension, the Prime Minister of the day not request one, or we hit the two year limit for permitted extensions, no deal would result.

John Baron MP, a Conservative, said on Friday: “If the trade talks fail… then we will be leaving on no deal terms. As long as we get that assurance, then we will support the deal.” They want no deal. It’s up to us to stop them.

Voting for Johnson’s is at best voting for a very hard Brexit deal, far harder than May’s, which would have serious consequences for our economy, society and the stability of the union.

At worst it would be a vote that would allow no deal to happen, either now or further down the line if we crash out of a transition period. Whatever your preferred outcome – a soft Brexit, a referendum, no Brexit at all – we must work together to find a better outcome than this.

Mike Buckley is director of Labour for a Public Vote. 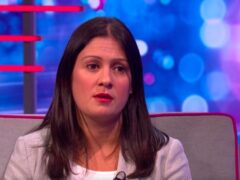 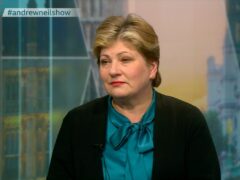