The Labour Party is seen as the default political home for ethnic minorities, and it should not be surprising that ethnic minority members want a lot from home. For Black Asian and Minority Ethnic (BAME) members, it is certainly expected that the party will be reflective of their communities who largely vote Labour, almost as family tradition. I recently read a brilliant article by councillor Mas Patel that includes a lot of the number crunches and confirms what is obvious to all – that the number of BAME candidates selected to represent the party in parliamentary elections looks fewer than last time.

There are some constituencies in which BAME people make up a sizeable percentage of the population and the backbone of our vote base but don’t have a proportional representation reflective of the population. This is an issue that covers representation among ordinary members, officers and public representatives – it is not limited to any political era, and no faction can claim complete immunity from it.

There have been opportunities to deliver a lot from home and there still is. The issue of representation on numbers is due to a myriad of reasons ranging from family, work/life balance, etc. In a New Statesman article, Mustapha Topkaya of Kurds for Labour pointed out that we have never had a single Kurdish MP despite their large numbers.

There must be some way of engaging people and taking into account their circumstances to make things more accessible, if it means changing of meeting times, format or venues. There is also the controversial but sensible proposals of all BAME shortlists. All-women shortlists have produced an evident boost to the number of women representatives – the balance is not even yet, but progress has been made.

Jennette Arnold OBE in a piece of her own correctly argued that nine BAME candidates out of 99 target seats is not good enough. A number of Labour MPs have declared that they are not seeking reselection and other parliamentarians have defected from the party, which makes this a good opportunity to redress the balance in terms of BAME representation.

I have heard the arguments of legal and technical barriers, but these can be overcome if there is the political will. The Labour Party draws up all-women shortlists on the basis that section 104, subsections six-seven, of the Equality Act 2010 provides for women explicitly. However, to cut short the legal jargon and analysis, if Labour’s national executive committee (NEC) were to look a few paragraphs up at subsection four, they would see a provision that can be interpreted as allowing all-BAME shortlists – provided they address inequalities in the body to which they are elected. This provision for all-BAME shortlists would take into account all elected representatives from all parties to the body collectively.

Whilst the provision of all-women shortlists is provided to make sure there is a balance in the party’s elected representatives and candidates, the all-BAME shortlist would be drawn up to address the balance in the body to which they are elected. That means the council, parliament, Greater London assembly, etc.

Diane Abbott MP has called for all-BAME shortlists, as have many prominent BAME and even non-BAME members. I think it is a question of when and how, not if – unless we want to see our votes in those communities wither away along with the generation that held unflinching loyalty to the party. The newer generation is more objective and more open to change.

I believe the NEC should introduce all-BAME shortlists in elections and constituencies that have a sizeable BAME population and in which the body to be elected to is not representative of the electorate – from parliament and the Greater London Assembly to some councils and executive positions on certain local party constituencies. 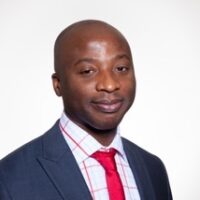 View all articles by Kofo David