The odds are stacked against Labour at this election. That isn’t just because of Brexit, or a well-funded Conservative campaign. It’s because the rules of the game favour the Tories. Boris Johnson could win a triple-figure majority on just 37% of the vote. It is no surprise his party supports retaining first-past-the-post: it is a voting system that advantages them.

The other 63% represents a clear anti-Tory majority, however. And that means Labour must change the rules of the game. To end the Tory monopoly on power, one of the most radical, long-term changes Labour could include in its manifesto would be electoral reform.

If Labour stands for equality, it should be applied to our democracy. Resources in this election will not be going into Islington North, where Jeremy Corbyn has a majority of 33,000. The heavy campaigning will be in marginals such as Telford and Pudsey, where Tory MPs are defending majorities of just a few hundred. Under FPTP, the majority of votes will be wasted in seats where the outcome is a foregone conclusion. In order to form a government, Labour therefore has to ignore its most loyal voters, who are heavily concentrated in safe seats in cities like Liverpool, Birmingham, Manchester and London.

FPTP also creates unequal Labour MPs. Those with safe seats have a level of job security that allows them to become frontbenchers or party leader. Conversely, MPs in marginals are less likely to progress. Losing our most marginal seats at this election will mean losing talented campaigning MPs like Emma Dent Coad, who won Kensington by just 20 votes.

77 CLPs have so far passed motions backing proportional representation, including many submitted to Labour’s national policy forum. National executive committee rep Alice Perry has noted that the NPF receives “a huge number of submissions calling for electoral reform”. In this year’s conference priorities ballot, PR received over 30,000 votes from CLPs. With Brexit and the Green New Deal on the agenda, however, electoral reform would always struggle to get attention. Yet the UK languishing in 14th place on the Democracy Index shows the need for improvement.

A number of prominent Labour MPs have supported the Labour Campaign for Electoral Reform, which is chaired by Paul Blomfield. The trade unions have been one of the stumbling blocks to the party backing reform, but former CWU general secretary Billy Hayes is a key ally in the movement, and two Labour affiliates – the Bakers, Food and Allied Workers Union (BFAWU) and Transport Salaried Staffs’ Association (TSSA) – have led the way in supporting PR.

Labour describes itself as a “democratic socialist party”. It is clearly no longer embarrassed about the second part of that description, but still hesitant on the first. Why? Winning under FPTP and setting the agenda is perhaps too appealing. But Brexit has shown the necessity of cross-party co-operation. Labour often forms coalitions at local and regional level; if it is the largest party in December, without a majority, it will need support from smaller parties, who are largely committed to PR. We are now in a multi-party era, and if Labour were to start out today, FPTP would kill it off. A new voting system is needed to serve the diverse society Labour wishes to govern.

At this election, tactical voting is being promoted, especially in Tory-Lib Dem marginals such as Richmond Park (where many Labour members live), and Labour supporters will have to decide whether to vote for the Lib Dems to stop the Tories. This false choice artificially suppresses Labour’s vote, and enhances that of the Lib Dems. Labour voters in the Tory shires, meanwhile, have no real voice: Theresa May is gone from Downing Street, but she is secure in Maidenhead. Under a new system, the area could have a Labour MP.

With many Labour candidates in favour of electoral reform, the parliamentary party experiencing a generational shift away from FPTP, and the membership growing more enthusiastic, it is clear that the party has changed. Amongst the general public, polls have also shown consistent support for PR. For Labour to represent every part of our country, it must build a representative democracy. 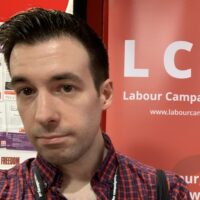 Theo Morgan is a London regional representative on the Labour Campaign for Electoral Reform, a network of party members and MPs working to change Labour’s policy on proportional representation.

View all articles by Theo Morgan