We could have Jeremy Corbyn in Number 10 by Christmas, implementing the most radical, transformative manifesto of any government in this country’s history. Downing Street is within touching distance and we should be putting all our energy towards that goal. But one person is thinking only of himself: Chris Williamson has resigned from the Labour Party and decided to stand against us as an independent. Of course this decision is unrelated to MPs losing out on the £22,000 compensation money if they lose an election, not if they resign.

In this election, every seat matters. Derby North is incredibly marginal and is a two-horse race between Labour and the Conservatives. Polling and surveys tell us that the vast majority of people vote based on party, with only 6% basing it on the local candidate. So we know, and Chris knows, that he stands no chance of winning and that by standing against Labour he is gifting Derby North to the Tories. Some people may be surprised that Chris has done this – but I am not. He has repeatedly put his own interests before those of Jeremy and the left.

Many have assumed that his suspension was only because of his comments about the party being “too apologetic” about antisemitism due to the attention this received in the press. In reality, it was a long list of comments and behaviour leading up to that moment, from positively tweeting about two people accused of supporting Holocaust denial, to agreeing to host a film screening in parliament in support of an expelled member and repeatedly appearing on panels with expelled members; and tweeting insensitively on the day of the Pittsburgh synagogue attack.

Every time he did this, it was made clear to him that this was offensive and inflammatory, and was bringing the party and the leadership into disrepute. Every time he was asked to stop, and every time he ignored those requests and repeated the same things – over and over. And every time, this detracted from policy issues and the positive, socialist messages that Jeremy and the party were putting out. There was space to listen and change – which is vital in cases of racism and historic comments – but those opportunities were ignored. This pattern of behaviour is why he was suspended, having failed to reach the standard of behaviour we expect from our party members, let alone our representatives in parliament.

The party was right to suspend him – and this was upheld by the High Court. The national executive committee therefore resolved that he was ineligible to stand as a Labour candidate. His resignation letter justified this process by spouting deeply offensive conspiracy theories about Jewish people, attacking the left-wing leadership, and attacking hard-working staff recruited by our socialist general secretary. His letter contains nothing about advancing the cause of socialism or fighting for justice for Palestinians. Only about advancing the cause of Chris Williamson, and in doing so harming both of these struggles.

Struggles for socialism have always been plagued by division. Throughout history, schisms have thwarted the left’s attempts to assume power and deliver transformative change. We cannot allow that to happen again, and our broad church must stay united and focused on kicking out the Tories on December 12th. Now our party can move on. We can’t allow ourselves to be distracted by the Chris Williamson sideshow, and we have to keep our eyes on the prize – Number 10.

Thousands of Labour members up and down the country are mobilising. Hundreds of people turned up in Uxbridge on a rainy Tuesday evening to canvas for the 25-year-old Labour candidate, Ali Milani, who has a realistic chance of unseating Boris Johnson. Local people are queuing for hours every day to hear Jeremy Corbyn speak about the change a Labour government would bring. In the same week, Jacob Rees-Mogg, Andrew Bridgen and Therese Coffey showcased the Conservatives’ utter contempt for the working class, in particular the most vulnerable in our society, with a series of heartless remarks about the victims of the Grenfell Tower tragedy and the defence of disgusting comments about killing people on benefits.

Stormzy was right to say that that Rees-Mogg should resign, but defeating the Tories at the ballot box on December 12th is the only way to defeat this rotten, entitled political class. We can’t risk losing it over someone who sold out our leader, baited Jewish members and is delivering the seat to the Tories with their utter contempt for the working class. We can’t risk losing it over any other internal discussion on the deputy leader. There is too much at stake.

My message to members is to stay united and to stay focused on this once-in-a-lifetime chance to get into government and transform our country, so that it finally works for the many, not the few. 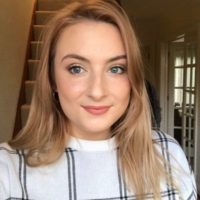