A home should be a human right, yet our country, the sixth richest nation in the world, treats it as a luxury. Quite literally: luxury housing blocks greedily bought up by speculators sit empty while people sleep on the streets. After a decade of Tory austerity, the number of people without a home has reached 320,000. This is a crisis.

There are so many things that can cause homelessness: a Universal Credit delay, the break-up of a relationship, abusive parents, a mental health crisis, a sudden eviction or job loss. It could happen to any of us. Yet homeless people are literally treated as criminals. They are threatened with fines by councils, using a Victorian piece of legislation: the 1824 Vagrancy Act. There were 1,320 prosecutions under this act in 2018, leaving those convicted with a criminal record.

Migrants experiencing homelessness have no recourse to public funds and risk deportation every time they try to access support services. Support services themselves are increasingly outsourced, left to the whims of private organisations and charities, diminishing or disappearing when funding dries up. Cuts and criminalisation have meant that the stability, security and support people need to get back on their feet no longer exists.

We need change now and Labour’s manifesto promises it. It is the first crucial step to rebuilding trust with homeless communities who have too often only known councils as persecutors and the people who say “no” to every cry for help. Our policies to end the homelessness crisis show that, for us, houses are for people to live in, not for capital to sit on.

Labour’s pledge to repeal the 1824 Act signals an end to the policies of intimidation, of moving rough sleepers on and often seizing their belongings in the process. It means an end to rough sleepers being made to feel ashamed, and of feeling that there is no help for people like them. To repeal the Vagrancy Act follows the good example of the many local authorities who already choose not to enforce it. It’s a clear signal that a Labour government is on the side of rough sleepers and not against them. Coupled with our commitment to insource services for homeless people, we are finally on track to providing consistent support to anyone who needs it.

Councils should be the providers of care, not the enforcers of obsolete criminal law. Our manifesto transforms the roles of councils, even if there is still a long way to go before rough sleepers feel able to count on councils again.

Most radically of all, we are promising to tackle the root causes of homelessness: the lack of houses that ordinary people can afford. Our manifesto includes a promise to build 100,000 council houses, one of the largest house-building programmes in recent British history. Our intent is clear: we want homes for people, not for property speculators. We want to end homelessness, not victimise homeless people.

The suspicion and distrust of the state and local authorities amongst homeless people will take a lot of hard work to resolve – there have been too many bitter experiences for it to be otherwise. But our manifesto is the first, vital message that says: “We want to help and we will help.” 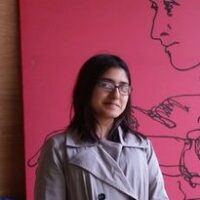 Rida Vaquas is part of the Labour Homelessness Campaign.

View all articles by Rida Vaquas